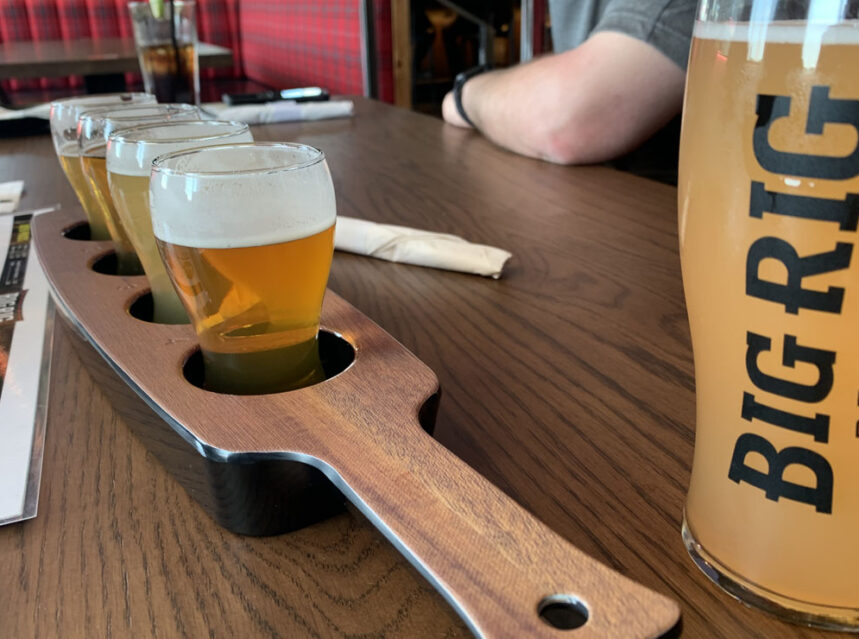 MONTREAL, Sept. 2, 2020 /CNW Telbec/ – Foodtastic Inc.(www.foodtastic.ca ) just announced its expansion into the Toronto restaurant market with the opening of its newest Big Rig Kitchen and Brewery (www.bigrigbrew.com) in the Heartland of Mississauga on August 20. They are also opening a second Big Rig Brewery and Kitchen in Richmond Hill.

“We are very excited to share our passion for great comfort food and award-winning craft beer in this market,” said Billy Arvanitis, Big Rig VP of Operations, in a press statement. “Toronto has always been at the centre of our expansion strategy. We have expanded our menu offerings as well, specifically for this market.”

As part of an aggressive expansion by Big Rig throughout the GTA and Vancouver area, the Ottawa brewery that brought us beer faves like Alpha Bomb IPA and Midnight Kissed Me Cow Double Chocolate Milk Stout is now cropping up outside of the nation’s capital.

The newly opened Heartland location at 5860 Mavis Road is where French brewpub The 3 Brewers vacated its taprooms for good, while Big Rig’s second GTA location is on York Boulevard in another former 3 Brewers location in Richmond Hill. These mark the popular Canadian brewer’s first locations outside Ottawa.

Big Rig offers a casual dining atmosphere, homestyle food, and of course craft beer. They produce an extensive array of craft beer including IPAs, stouts, ales, and even radlers.

The brewery was founded in 2012 and its name was inspired by the nickname for former Sens star Chris Phillips.

Quebec-based franchisor, Foodtastic Inc., acquired the Big Rig Brewery and Big Rig Restaurants brand in June 2019 and but as part of the deal Big Rig’s award-winning brew master Lon Ladell stayed on board and continues to oversee the beermaking.

“Foodtastic is an amazing company and I’m thrilled to continue being a part of Big Rig brewery’s exciting future,” Ladell said at the time. “With the financial support from Foodtastic we can now expand our operations throughout Canada.”

Big Rig is also an award-winning brewer that recently received two gold medals and one silver at the Canadian Brewer awards.

Acquisitions a major part of the Foodtastic growth plan

“Foodtastic has acquired prominent brands over the last 20 months. We will continue to pursue our strategy by investing in acquiring new brands in the next couple years, as well as supporting our existing network,” said Peter Mammas, President and Chief Executive Officer of Foodtastic.

Foodtastic continues with its expansion strategy

Although the restaurant industry is facing a very uncertain future, Foodtastic is continuing its pursuit to expand its current restaurant system. In fat the franchisor has opened 6 new restaurants in the last few weeks creating over 200 jobs in Quebec City, Montréal, Gatineau and Toronto.

“We are very pleased with the work our entire team has done which has allowed us to continue with the opening of new locations…We realise that the next several months will be challenged for our dining room concepts but believe with the continued help from the government, landlords, and suppliers we will be able to support our franchisees through these difficult times,” said Mammas.

with notes from Foodtastic

More stories from TO Times…