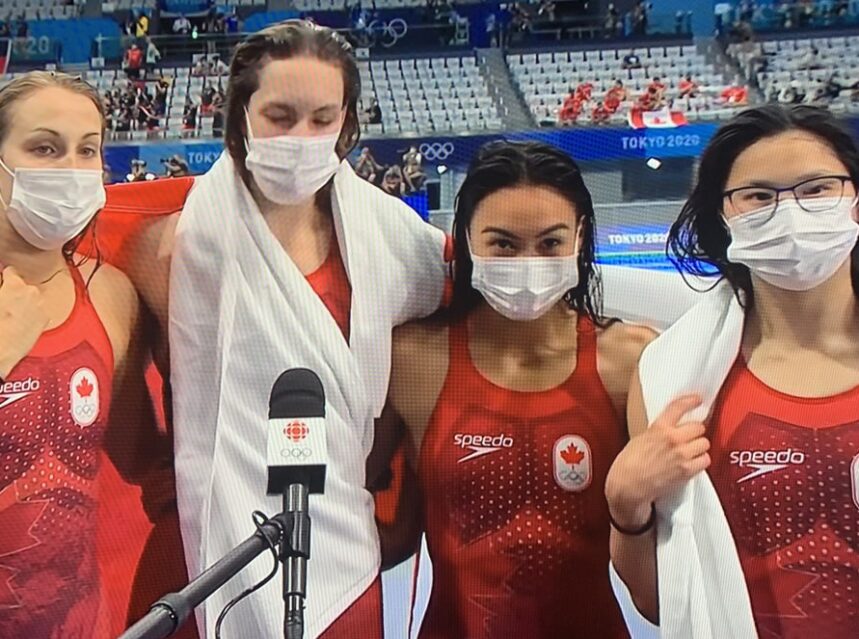 GATINEAU, QC, July 25, 2021 – “It’s a happy day for Canada and our athletes in Tokyo! I am pleased to congratulate Kayla Sanchez (Toronto, ON), Margaret Mac Neil (London, ON), Rebecca Smith (Red Deer, AB), Penny Oleksiak (Toronto, ON), and Taylor Ruck (Kelowna, BC) who have won a silver medal in the women’s 4x100m freestyle relay (swimming) today, making this Canada’s first medal in these Games,” says Steven Guilbeault, Minister of Canadian Heritage.

“We’ve all grown up with each other. We’ve all known each other since we were 10. It’s just crazy that 10, 11 years later on an Olympic team and winning a silver medal is wild,” Oleksiak told CBC.

“These athletes have achieved this despite being forced to train and compete during a pandemic. Working under these conditions while also safeguarding the health of a team, family and community is an achievement on its own, but winning a medal shows how determined our Canadian athletes are in achieving their best.

“The Government of Canada is proud to support our athletes in their quest for international excellence in their sport. They are an example to all of us, especially our youth. I know Canadians are cheering on our athletes all across the country.

“I wish Team Canada continued success at these Games and I know there will be more medals to come. I can’t wait to see more of our athletes achieve their goals. Go Canada Go!”, concludes Minister Steven Guilbeault.

with notes from Canadian Heritage