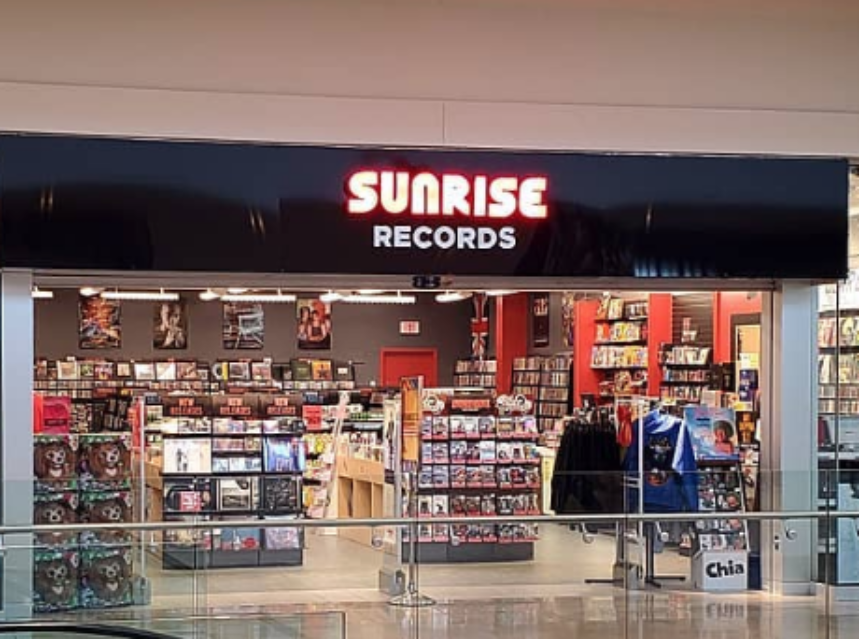 Canada’s Sunrise Records is growing – Things must be looking up for the Ancaster, ON.- based Sunrise Records, as after already purchasing as many as 100 HMV locations in the United Kingdom last year, Sunrise Records owner and president Doug Putman announced an approx. $10 million deal with For Your Entertainment (FYE) to purchase more than 200 FYE locations.

The plan is to maintain the brand name in the U.S. which is essentially a similar chain to Sunrise Records in Canada, selling music film and pop culture paraphernalia.

Putman did something similar in Britain with HMV by relaunching their online store and, according to the Canadian Press also opening a flagship store in Birmingham called HMV Vault, stocking more than 25,000 vinyl records and 80,000 CDs.

You may recall in 2017 Sunrise Records took over the leases of 70 Canadian HMV locations, but in that case they changed the name to Sunrise.

FYE is also online with a store and has a chain that selling previously owned music and films called Second Spin.

In the face of recognised entertainment chains like HMV and FYE getting out of the business altogether, this is encouraging news for the Canadian record enterprise, suggesting that Putman believes physical copies of music and film are still a valued commodity.

with notes from Canadian Press

Hydro One suspends late payments for all customers