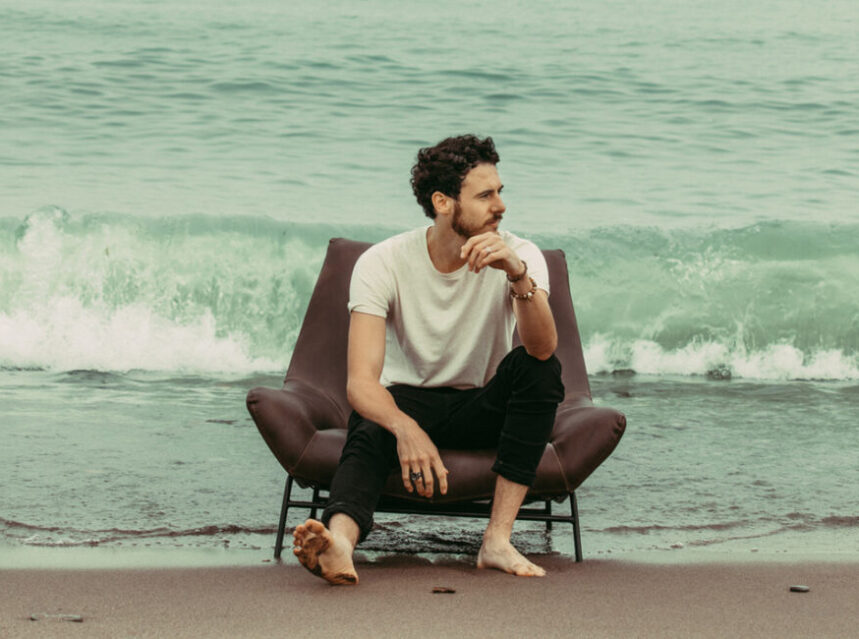 Toronto, ON., February 17, 2021 – Canadian singer-songwriter Jordan Hart will release his debut EP ‘’Only Pieces of the Truth’’ on March 12th via Believe. On the self-produced EP, Hart exposes the desire we all share to feel connected to ourselves and each other. Through each song, he explores the highs and the lows of finding that connection in spite of our own selfish motives and pride.

The title track, ‘’Only Pieces of the Truth’’ is an emotive, mid paced and gentle song with gloriously sweeping arrangements. ‘’The central character realizes that all he wants to do is be vulnerable and that he is “holding all the cards, wishing you could see inside his walls,’’ said Hart. ‘’But even still, and especially because the stakes are so high, he can’t bring himself to take the first steps forward toward repairing the relationship (“staring at your door, I’ll never knock”).’’

The Gold-certified, singer-songwriter and multi-instrumentalist worked with countless producers and arrangers over the years. Despite those incredible opportunities, no pieces of music truly felt like his sound. Hart was still looking for what would be his musical identity when he met the AllPoints team. Through his multiple conversations with his new creative team, he was advised to begin with a self-produced body of work. After 6 months of blood sweat and tears, Hart pieced together all the parts of himself and finally his sound. The experience birthed his new EP ‘’Only Pieces of the Truth’’.

In 2019, Hart embarked on a 100-day straight busking challenge in Toronto, through thunderstorms and snowstorms he played on. Every Sunday, 100 per cent of the money he raised was donated to L’Arche Canada, an organization that helps create communities that support people with intellectual disabilities. Since then, he has secured a record deal with Believe and AllPoints (based out of the UK). The momentum from his daily busking also culminated in a sold-out show at the Great Hall in Toronto and his career streams also increased by over a quarter of a million. As a featured artist, his work with Lucky Rose on the song ‘’Lost’’ has accumulated over 15 million streams across all platforms and the track was top 30 at Canadian CHR radio. He is currently putting the finishing touches on his debut EP, due out next month.

“I never learned how to love more purely and profoundly than through people with intellectual disabilities,” said Hart.

‘’Freedom’’ is delicate, sincere and heartbreaking. Hart sings about seeking freedom from past mistakes and maybe find a little bit of comfort. ‘’Of all of the songs on the EP, this one feels the most vulnerable to me,’’ said Hart. ‘’I am so honoured that L’Arche has chosen to use this song as an anthem to help tell the story of people with intellectual disabilities who are searching for their own freedom. These are people who are highly capable, emotionally intelligent and infinitely valuable who are often cast aside or worse, restricted from living their own free lives due to some people’s fear and lack of understanding. I hope this song will offer a window into these lives, at least enough to open the heart of others and inspire them to view these individuals with as much openness and kindness as they would to anyone else.’’

The influence of the folk music community that Hart grew up in, is still very present in his songs where the singer-songwriter thrives to respect the power of an honest story told through a simple song.

Only Pieces of the Truth E.P.– Track Listing

Brampton is getting major funding for new youth hub

Why is the stock market going up?