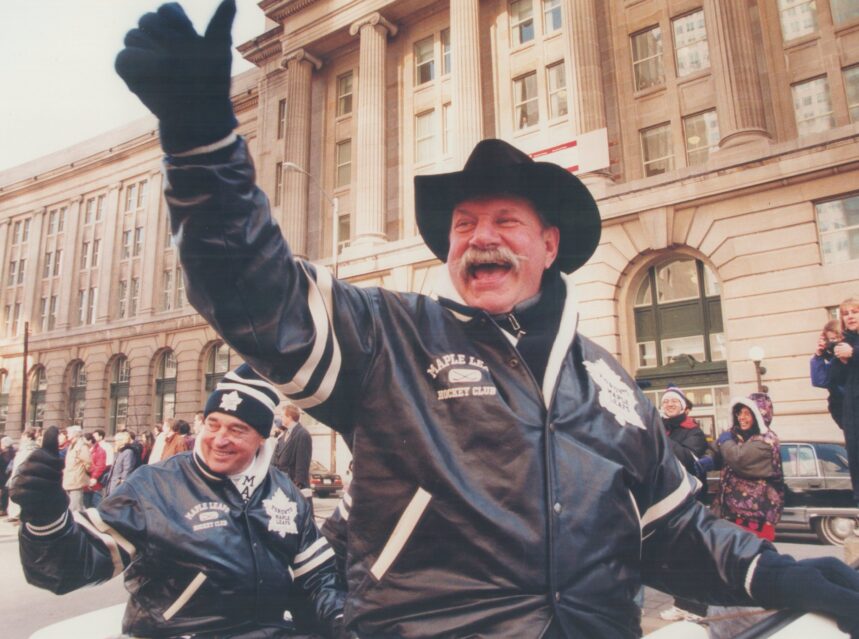 TORONTO, July 26. 2020 – Eddie Shack, a four-time Stanley Cup champion and three-time NHL all-star has died. He passed away Saturday night in a Toronto hospital after a battle with cancer. He was 83.

The Sudbury, Ontario native racked up 465 points over a career that lasted 1,047 games during 18 seasons with six different teams.

Shack could score but he was a tough-as-nails competitor on the ice who wasn’t afraid to drop the gloves or hurl verbal attacks at his opponents. Along with his ability to put up respectable point totals year in and year out, the bruising forward tallied more than 1,400 penalty minutes.

He began his career with the New York Rangers before he was dealt to the Leafs during the ‘61 campaign.

There, he starred on a line with Ron Ellis and Bob Pulford which helped the Leafs teams of the ‘60s win four Stanley Cups including three straight in ‘62, ‘63 and ‘64 and the ‘67 championship; which is the last time the Buds won the Cup…like anyone needed a reminder.

His Toronto fame reached a high point in ‘67 when broadcaster Brian McFarlane penned the song ‘Clear The Track, Here Come Shack,’ which played frequently on Toronto radio the year it was released.

After winning his fourth Cup with Toronto, Shack was traded to Boston. He would also go on to play seasons with Los Angeles, Buffalo and Pittsburgh before ending his career back in TO.

After his career, Shack stayed in the spotlight, starring as the pitchman in several iconic commercials. Sports analyst Dana McKiel remembers them well.

“Who can forget those popular Pop Shoppe commercials and Schick razor promotions highlighting his wild-looking mustache.”

McKiel says even decades after his last NHL game, Shack remained a stalwart ambassador for the game and never lost his knack for entertaining on the ice.

“In 1997, Brian McFarlane, Jay Onrait and I broadcast the NHL Oldtimer’s All Star game against a team of international players at Varsity Arena. Eddie was the life of the lineup.”

He never made it to the Hockey Hall Of Fame but Shack’s legend will live on in Leafs lore and The Original Six era of the NHL.

Eddie Shack never learned to read or write, but he could definitely play hockey.