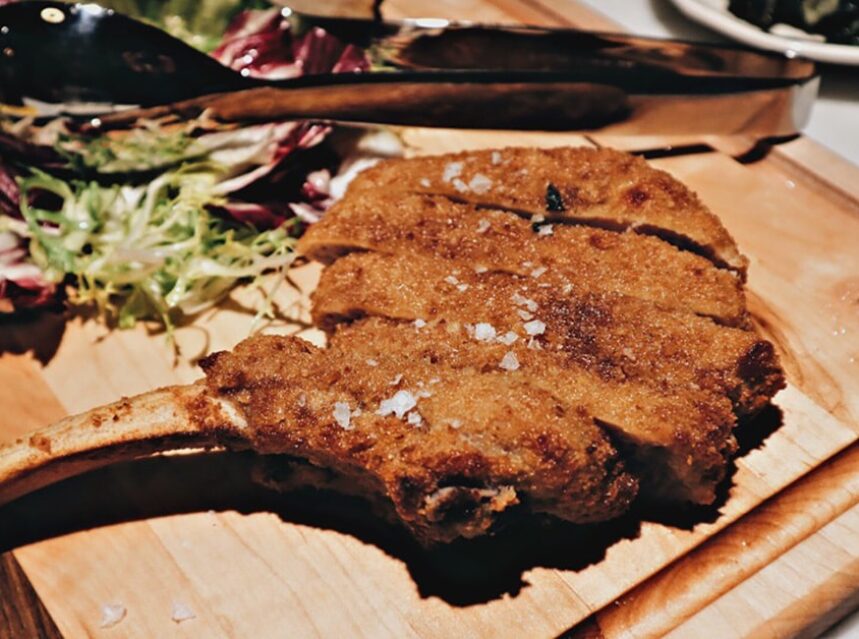 Eataly Toronto, the authentic Italian marketplace, announced today the opening of Trattoria Milano, its fourth restaurant. Opening today, February 6, Trattoria Milano will be the property’s upscale dining destination, bringing authentic Milanese cuisine and culture to Toronto with a traditional menu and design. The restaurant, which will open for dinner initially and later add a lunch service, pays homage to the Northern Italian city. The 76-seat space captures Milan’s unique dichotomy, an avant-garde city recognized as a leading design, fashion and art capital, surrounded by a countryside which has heavily influenced its simple, rustic and rich cuisine. Furthering its focus on Milan’s dynamic influence, Trattoria Milano will introduce Cultura, a speaker series featuring talks by cultural thought leaders, followed by a beautiful Italian meal.

“Milano is one of Italy’s cultural cornerstones,” says Nicola Farinetti, Global CEO, Eataly.“Eataly Toronto’s Trattoria Milano will be a meeting place that celebrates Milano’s rich history and tradition through food, art and culture. We want guests to come to the restaurant and be transported to Northern Italy, through every element of the space and menu.”

Trattoria Milano’s secluded dining room offers an intimate atmosphere, a unique space carved out of the bustling Mercato and other open-concept restaurants and food counters. Located on Eataly Toronto’s second floor, overlooking Bay St., the restaurant will not only offer traditional Milanese cuisine but will immerse diners in the eclectic world of Italian art and culture. Its light grey microsuede walls have been carefully curated to feature contemporary pieces that are iconic of Milan’s emergence as a world capital of design. Prints from Enzo Mari’s Nature Series, including La Mela and La Pera, will hang alongside his six Simboli Sinsemantici. The acclaimed modern artist-turned-designer studied in Milan, where he kept his studio for more than 50 years. More recent pieces include prints from 35-year-old artist Olimpia Zagnoli, whose designs have been seen on the cover of The New Yorker and on tote bags at Milan’s first Uniqlo store. Vintage pieces, including street maps and tourist brochures from 1970s Milan, as well as mid-century lighting, will mirror the trattorias of Milan decades ago.

The menu, developed by Eataly Toronto’s Executive Chef Rob Wing, features a number of the classic dishes that make Milan a world-class culinary destination. “When developing the menu for Trattoria Milano, we focused on showcasing the rich, traditional dishes that Northern Italy is known for. We found this incredible recipe book from 1976, that looks more like an art piece, and this was a great inspiration for the Trattoria Milano menu. It is written in Milanese dialect with translations in Italian and English, has hand-drawn illustrations, and a dialect glossary. Milanese cuisine is exquisitely simple and guests will notice a focus on rice rather than pasta, butter rather than oil and an emphasis on hearty meat dishes,” explains Chef Rob.

Eataly Toronto opens at Manulife Centre with lineups around the block