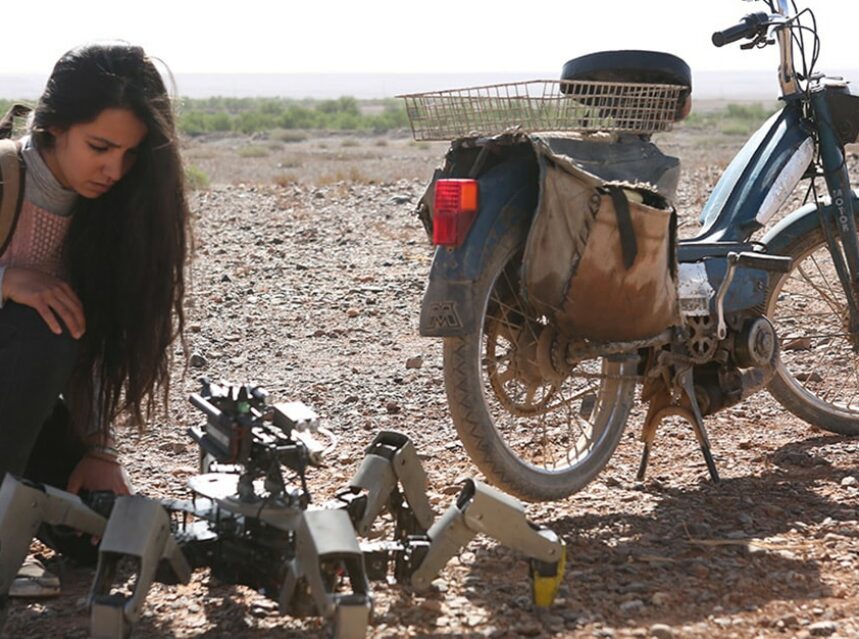 Eye on Juliet – Quebec director Kim Nguyen presents an intriguing story, which, while it is taking place in a North African country, at the same time it is almost obsessively followed, by someone who is thousands of kilometres away, in Detroit. This distant watching is possible thanks to technology as we should see. The conflict is not unusual: a secret love between a young Arab woman, Ayusha (Lina El Arabi), and her boyfriend Karim (Faycal Zeglat) which is soon to be derailed by Ayusha’s parents’ decision to marry her to a much older but richer man.

Back in Detroit, Gordon (Joe Cole) who has just suffered a bitter break-up with his girlfriend, is not happy with his job: he is a security man in charge of guarding a pipeline in North Africa. Equipped with sophisticated cameras, a sort of robotic spiders do the actual job in terrain. The robots are deployed against would-be oil thieves who manage to open valves and steal the fuel. The machines would first warn them that they are on “private property” and if they refuse to leave, the robots may even shoot at them. Security technology at its best, no doubt, but deadly boring for Gordon who on one occasion manages to spot the young Ayusha and her boyfriend during a secret encounter in the desert. The robotic guardians would be the eyes of Gordon, although on one occasion the robot would unleash an undesired development which would profoundly impact the girl. Gordon then will make a new move where the robot would play a very significant role.

The story is unusual, a combination of distant intervention in a complex situation that at first is alien to Gordon, but which eventually would have him profoundly involved as well, despite the long distance separating the characters. There is something of quixotic gallantry at the time of an impersonal technology which in the final analysis, however, would be of great help.

“Eye on Juliet” is not your typical romantic or technology-based story, it is somehow a strange but heartening combination of the two.