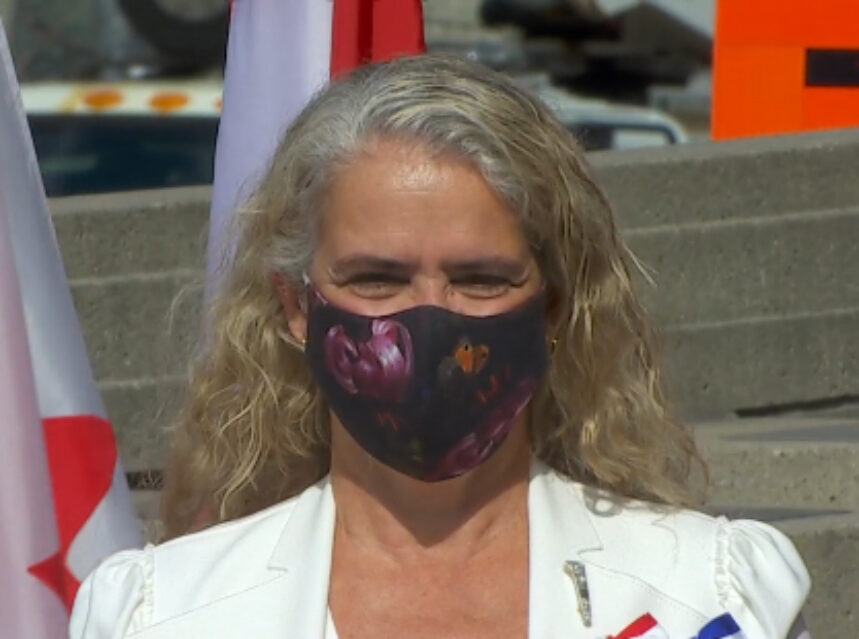 OTTAWA, ON, Jan. 21, 2021 – Canada’s Governor General, Julie Payette along with her secretary, Assunta di Lorenzo, have resigned after a scathing workplace review of Rideau Hall concluded that they were responsible for harassment within the workplace.

The Governor General of Canada issued the following message:

“Everyone has a right to a healthy and safe work environment, at all times and under all circumstances. It appears this was not always the case at the Office of the Secretary to the Governor General. Tensions have arisen at Rideau Hall over the past few months and for that, I am sorry.

“While no formal complaints or official grievances were made during my tenure, which would have immediately triggered a detailed investigation as prescribed by law and the collective agreements in place, I still take these allegations very seriously. Not only did I welcome a review of the work climate at the OSGG, but I have repeatedly encouraged employees to participate in the review in large numbers. We all experience things differently, but we should always strive to do better, and be attentive to one another’s perceptions.

“I am a strong believer in the principles of natural justice, due process and the rule of law, and that these principles apply to all equally. Notwithstanding, in respect for the integrity of my vice-regal Office and for the good of our country and of our democratic institutions, I have come to the conclusion that a new Governor General should be appointed. Canadians deserve stability in these uncertain times.

“From a personal side, this decision comes at an opportune time, as my father’s health has seriously worsened in the last few weeks and my family needs my help.

“So it is with sureness and humility, but also with pride over what was accomplished during my tenure as Governor General and in my service to the country for the past 28 years, that I have submitted my resignation. I have informed the Prime Minister of Canada of my decision. I wish him the best as he seeks an individual to recommend to Her Majesty as the next Governor General of Canada and I wish the best to my successor. I will remain at his or her disposal.

“It has been an immense privilege to serve my country and to fulfill the constitutional duties of my Office on behalf of all Canadians. I wish to extend my thanks to Prime Minister Justin Trudeau for his trust and for offering me this incredible opportunity. I would also like to thank the personnel of the Office of the Secretary to the Governor General for their work, especially under the difficult circumstances that we have known over the past months. All my gratitude also goes to the members of the RCMP who are willing to put their lives on the line to assure our protection; and to the members of the Canadian Armed Forces who have always shown tremendous respect, friendship and support. Being their Commander in chief for the last few year has been a tremendous honour. I hold them in great esteem.

“For so many Canadians, the past few months have been extremely difficult. As our country, and indeed the world, faced the reality of a pandemic, we all have had to make sacrifice and do our part to limit the spread of the virus, and to protect others, especially the most vulnerable. One cannot choose when hardship comes, but one can choose how to respond to it in times of crisis, and Canadians all over the country have answered the call. At the forefront are the health and medical personnel, essential workers, military personnel, public health officials, leaders and scientists, who have been working tirelessly to provide care, support, leadership and solutions. We owe them an immense debt of gratitude.

“I would like to conclude by conveying my sincere appreciation to Canadians for their support over the years. I have had the chance to meet, represent and celebrate the accomplishments of thousands of extraordinary Canadians from coast to coast over the past years and I will always cherish these memories. We live in a remarkable country.

“It has been an honour and a privilege.”

Prime Minister Justin Trudeau said Chief Justice of the Supreme Court of Canada Richard Wagner will take on the duties of Governor General on an interim basis. A recommendation on a replacement will be provided to Her Majesty Queen Elizabeth II and announced in due course.

“Every employee in the Government of Canada has the right to work in a safe and healthy environment, and we will always take this very seriously.”

“I have received today the resignation of the Governor General of Canada, the Right Honourable Julie Payette. Ms. Payette became Governor General on October 2, 2017, and has fulfilled her duties to uphold parliamentary democracy and serve the public.

“Today’s announcement provides an opportunity for new leadership at Rideau Hall to address the workplace concerns raised by employees during the review,” said Canada’s Prime Minister.

Meanwhile, a spokesperson from Buckingham Palace has said “This is a matter for the Canadian government” and “the Queen has been kept informed of developments.”