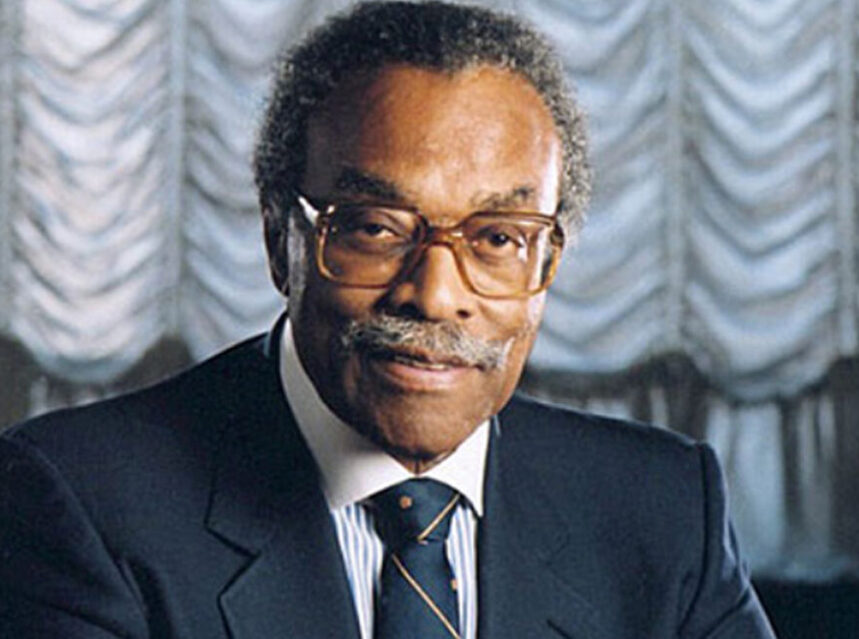 Today, Canadians pay tribute to Lincoln Alexander, a leading figure in the struggle for racial equality in Canada. In provincial, federal, public and private roles, he consistently advocated for the equal treatment of black Canadians.

Premier Doug Ford issued the following statement to commemorate the legacy of The Honourable Lincoln M. Alexander. Alexander was a Canadian lawyer from Hamilton who became Canada’s first Black Member of Parliament (in 1968), Cabinet minister, and Lieutenant-Governor of Ontario.

“Today, we pay tribute to a true trailblazer and inspiration to the next generation of leaders and all Ontarians, Lincoln Alexander.

Lincoln broke new ground as Canada’s first Black Member of Parliament, first Black federal cabinet minister, and Ontario’s first Black Lieutenant Governor. He overcame many obstacles in his path and excelled at serving the people of Canada. Above all, he worked tirelessly to end racial discrimination and make our province a better, more equitable place for all.

The events of this past year are a wakeup call to all of us to renew our commitment to fighting racism, hate and discrimination in all its forms. Our government remains committed to ending racism in Ontario and empowering Black Ontarians.

It’s why I set up the Premier’s Council of Equality of Opportunity, chaired by our Advocate for Community Opportunities, Jamil Jivani. The Council is working to find ways to remove social and economic barriers to success for our young people and communities of colour in Ontario. Our government also doubled funding for the Black Youth Action Plan to provide targeted support and opportunities to help Black youth and communities recover from the impacts of the COVID-19 pandemic.

Lincoln also recognized the value of education in changing lives, especially the lives of Black youth. This past year, our government took bold action to break down barriers for Black and racialized students through a new Education Equity Strategy. We are ending the practice of streaming in Grade 9 and eliminating discretionary suspensions for Grades K-3, which disproportionately affects Black students. We are committed to unleashing the full potential of all students and abolishing racism both inside and outside of the classroom.

Ontario’s strength comes from its diversity. We can all learn from the example of Lincoln Alexander as we work together to build a province free of discrimination and full of opportunity for all.”

“The Honourable Lincoln MacCauley Alexander, born to immigrant parents in Toronto in 1922, was a trailblazer who championed racial equality and justice. His lifetime of hard work, integrity, and commitment to human rights was instrumental in breaking down barriers, changing attitudes, and helping shape the diverse and inclusive Canada we know today.

“In recognition of Lincoln Alexander’s long record of distinguished public service, Parliament designated January 21, his birthdate, as Lincoln Alexander Day. This day is an opportunity to learn more about the significant role that Black Canadians have made and continue to make in shaping Canada, as well as to celebrate their tremendous contributions as we approach the 25th celebration of Black History Month.

“As Minister of Diversity and Inclusion and Youth and on behalf of Prime Minister Justin Trudeau and the Government of Canada, I invite Canadians from coast to coast to coast to honour the remarkable achievements of Mr. Alexander. May his legacy continue to inspire us to build an even better and consciously more inclusive country,” said Minister Chagger.