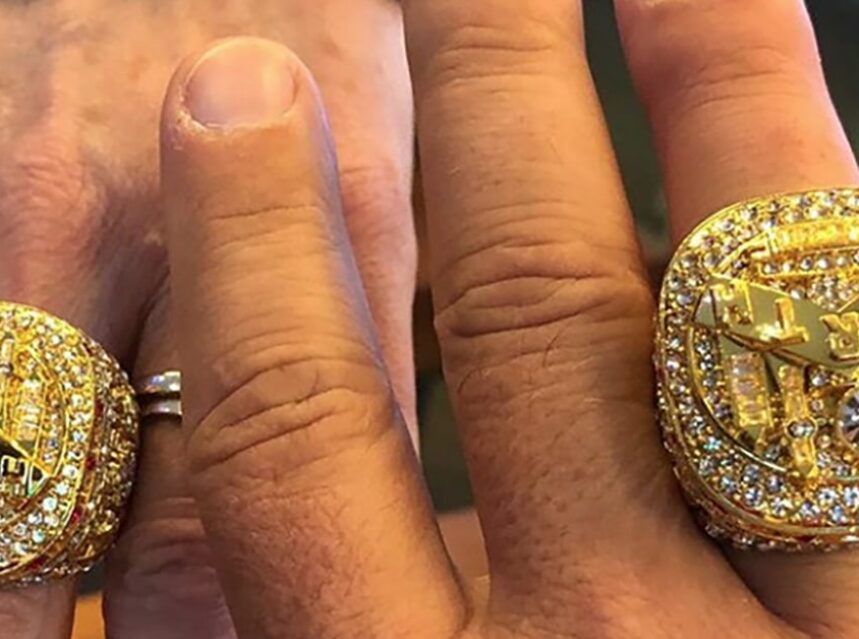 Before opening tipoff at 8 pm, as the Raptors were receiving their authentic championship rings, thousands of fans took part in a free tailgate party starting at 5 pm. They were then encouraged to enter Scotiabank Arena earlier than usual to receive their replica rings and eye-popping black and gold crested t-shirts, which were draped over every seat at the arena. The overall effect was both classy and cool as evidenced in the Raptors‘ twitter feed.

Mississauga’s Brett Gajda, a diehard fan for 25 years and co-host of popular Canadian self-development podcast, Where There’s Smoke describes the festivities last night, “An epic opener at the building formerly known as Air Canada Centre, as the World Champion Toronto Raptors received their championship rings and unveiled the 2019 Championship banner in the rafters.”

The Larry O’Brien trophy and big-screen video highlights of the Raptors’ incredible playoff run rounded out the festivities, before the reigning NBA Champions started the season off right with a 130-122 overtime victory over the Pelicans.