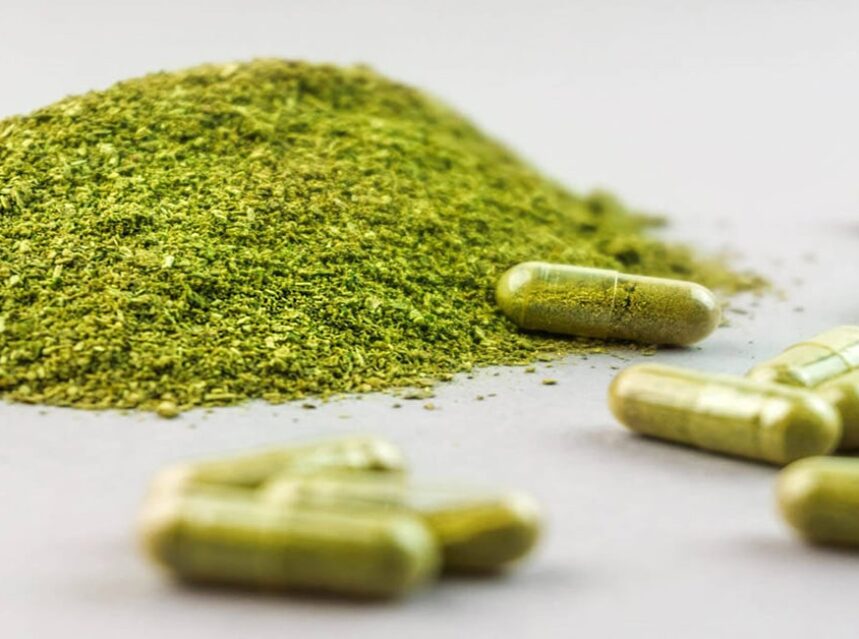 Kratom is a plant that has been used for centuries in Southeast Asia as a natural remedy for many illnesses. Recently, it has become popular in the United States as a “legal high.”

Kratom is not currently regulated by the US Food and Drug Administration (FDA), so there is little information about its long-term effects.

Though misuse of kratom supplements is on the rise due to its broad availability and lack of regulation. There is no definitive proof that kratom may harm the liver. Still, it is crucial to note that taking any supplements in large amounts can impact the liver.

Especially when taken with other medicines that have proven liver-toxic effects.

In this article, we’ll look at the facts and determine how hard kratom is on the liver.

Kratom’s active components are a collection of about 12 alkaloids. Each of these alkaloids must be processed by the liver before they can be excreted from the body.

It is relevant for almost every drug or supplement. What distinguishes kratom is its enormous number of alkaloids, putting an additional burden on the liver to digest them adequately.

People with normal livers rarely have problems metabolizing kratom and will not suffer any liver effect.

People with a genetic flaw, prior liver effect, kratom sensitivity, or are using liver-toxic drugs or substances are at the most significant risk of liver effect after using kratom.

Mitragynine is by far the most prevalent alkaloid in kratom. This chemical is primarily metabolized by the liver enzyme, with assistance from other enzymes.

As a result, if users have any problems or take drugs that also influence these enzymes, the risk of liver injury is higher.

Functionality of the liver

The liver is an essential organ that filters toxins from the circulation, processes nutrients and returns purified nutrients to the bloodstream.

The liver, however, does more than merely filter out impurities; it also plays a vital part in our essential metabolic processes.

Furthermore, it has a comparable effect on the metabolism of carbs and proteins, two additional vital macronutrients that lead to a balanced diet.

The rest of the body may suffer if the liver cannot complete its detoxifying and metabolizing functions.

Kratom has been linked with a number of adverse health effects, including liver effect. Symptoms of kratom-related liver effects may include fatigue, abdominal pain, dark urine, and jaundice.

Kratom liver effect can be serious and even life-threatening. Therefore, it is important to be aware of the potential risks before using this substance.

Kratom and liver issues – What do studies say?

Kratom and liver effect is a topic that has lately gained popularity. While there has been much debate regarding the hazards of kratom usage, its effect on the liver has verified this substance’s harms.

The most recent advancement is the annual American Association for the Study of Liver Diseases meeting.

According to the findings, kratom may affect the liver in certain users. The results are consistent with previous studies, but other experts argue that it is still too soon and “negligent” to infer that kratom is the source of these health concerns and should be illegal.

Other researchers, however, were less concerned by the findings, particularly given the limited number of cases of liver effect discovered in the latest study.

According to experts, the number of persons taking kratom in the United States has increased in recent years due to its widespread availability on the internet and in stores.

Can kratom affect your liver?

According to the existing studies, kratom may potentially induce liver effect.

However, medical experts have acknowledged that the case studies are insufficient to show that kratom is the actual cause in the eight studied cases.

Those eight cases also used other drugs, and the effects of kratom are yet unknown. Furthermore, the small sample size makes solid conclusions very impossible.

Nonetheless, the risk of kratom-induced liver harm exists, and kratom consumers should be conscious of it.

Do the liver effects of kratom diminish?

Yes, after a user quits using kratom, the liver effect does subside. Kratom users should not reintroduce the drug if they have ceased experiencing liver issues. The person will experience the same symptoms as soon as he resumes using kratom.

We suggest that you stop using this herbal supplement right away (if you haven’t already) and stay away from it in the future if you had liver issues as a result of using it.

Kratom is connected to cholestatic liver effect. The injury appears to be idiosyncratic, but its association with kratom is convincing.

The case reported is particularly compelling due to a prior history of jaundice while using kratom, which disappeared after withdrawal and returned when the same kratom mixture was restarted with a shorter interval.

Steps to avoid kratom effects on the liver

There are also some simple steps you can take to avoid liver effects from kratom in the first place.

Be sure to start with a low dose and increase slowly over time. Also, avoid taking kratom every day, and don’t take it in conjunction with other herbs or medications that may stress the liver.

By following these precautions, you can enjoy the benefits of kratom without putting your liver at risk.

It’s entirely conceivable that kratom can affect the liver. However, this effect is infrequent and appears to impact only select people with pre-existing health concerns, taking higher doses or those using other drugs.

Even with frequent or chronic use of kratom, most persons do not incur liver effect.

Therefore, before beginning on kratom, it is best to get a specialist’s or physician’s advice.

kratom and the liver, what is kratom