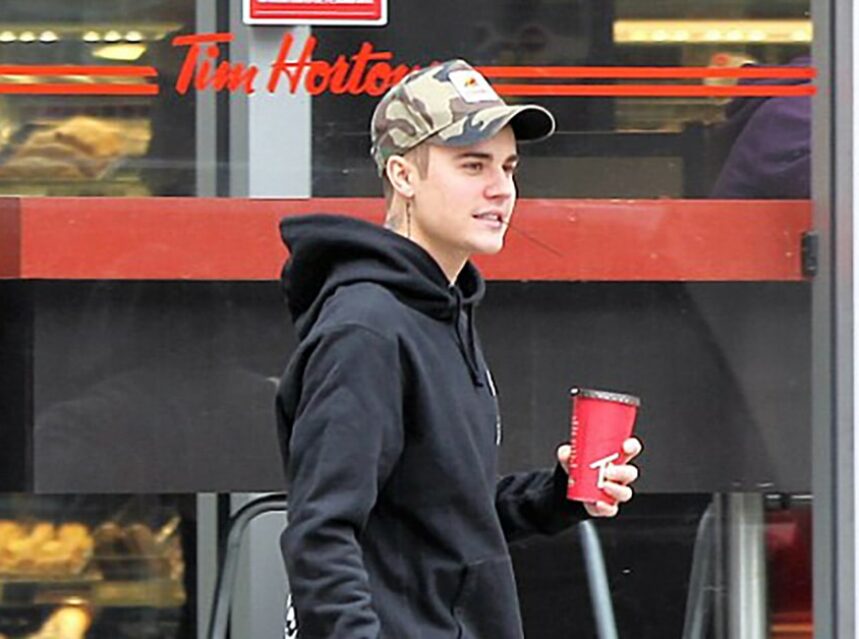 Justin Bieber expressed his outrage towards the design of new plastic Tim Hortons coffee cup lids. Justin said he was “outraged” at the new design and asked his Canadian followers to weigh in on the new lid. His poll results showed 70% of Canadians in favour of the previous occasionally leaky but more user-friendly lids in Bieber’s opinion.

The Tim Hortons chain replaced the new lids early this year from the leaky brown tabbed lids the company used for nearly 20 years. Tim Hortons president, Alex Macedo told the Canadian Press, “The only people who are going to be pissed off are dry cleaners and car-washing companies.” Macedo said the new lids, emblazoned with a patriotic maple leaf, were “rigorously tested” by thousands of people to ensure they would leak less.

Up to 70% of Justin Bieber’s Instagram followers agreed with the Canadian pop star and said the old lids were better than the new lids with only 30% in favour of the newer less leaky design emblazoned with a Canadian maple leaf. Bieber’s complaint hinges on the how the lids feel when sipping the nation’s beloved piping hot coffee and he also feels that the opening limits the size of each sip.

Justin Bieber also goes on to suggest that the new lids should not be plastic and Tim Hortons should find a way to make a recyclable lid. “Lets change the world one lid at a time,” stated Justin Bieber.

Tim Hortons responded by saying, “Hi @justinbieber, thanks for your feedback. Sorry you aren’t loving our new lids, but the good news is that they’re made with 100% recyclable plastic,” read the response from Tim Hortons.

Incredibly, Tim Hortons also said, “We’d love to have you join our team that’s working to make them even better.”