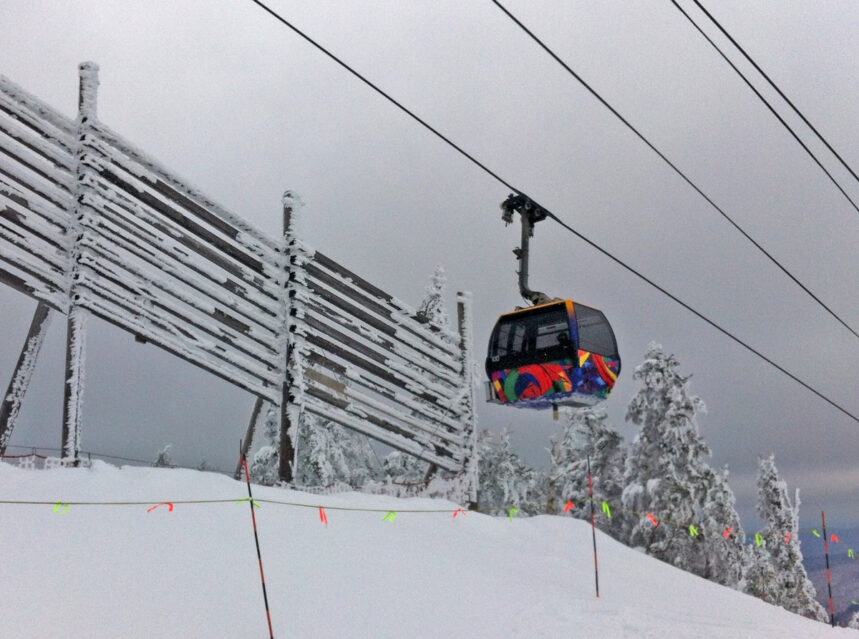 A power outage at Killington Resort also known as the “Beast of the East” and one of North America’s largest East coast ski resorts, left skiers and boarders stranded on a lift for just over an hour Saturday, according to a spokeswoman.

The power loss around 9:35 a.m. Saturday was caused by a down tree which brought every lift to a stand still, resort spokesperson Courtney DiFiore said in a phone interview with Associated Press.

Although most started running again soon afterwards, it took about an hour and 10 minutes to get the top stage of the Skyeship Gondola moving again. The gondola is one of two main access lifts servicing a large number of slopeside ski on/off accommodations.

The Skyeship and two other lifts at Vermont’s largest ski area were taken offline while for assessment. All others then ran ormally. An update on Twitter at 12:43 pm stated that the second stage of Skyship Gondola is now running, which means those at the bottom will be in a holding pattern unless shuttled while mid mountain skiers could resume riding the gondola.

“We’re very sorry for any inconvenience,” DiFiore said in an Associated Press release. “We did our best to get communication out there and get them taken care of.”

Killington Resort kept its guests informed via Twitter and was quick to get shuttles running to move skiers and boarders to other lifts that were running.