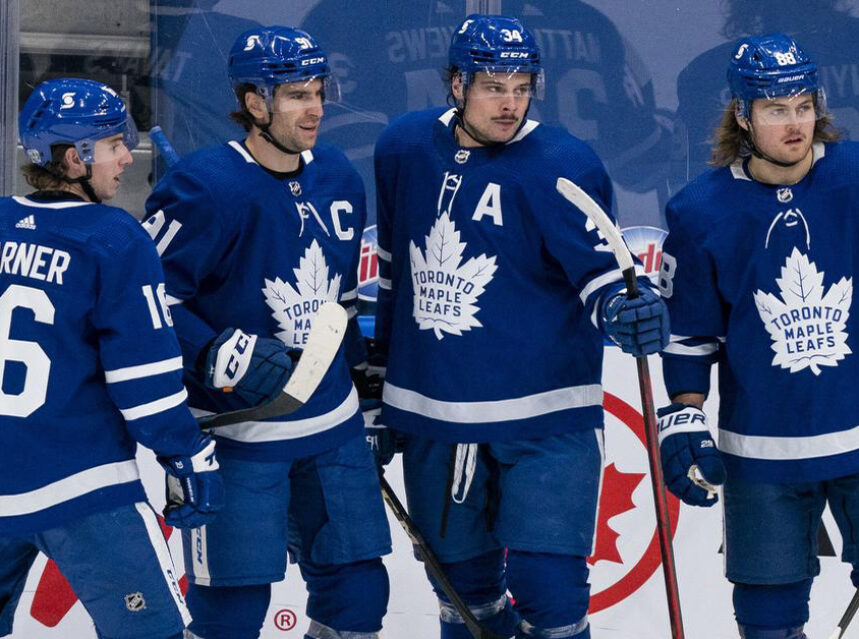 It has been clear that the Toronto Maple Leafs have been going through a period of ‘choking’ in the playoffs with almost every member of their teams been singled out for really lacking the closing ability in big games in recent seasons. As all Leafs fans know, they have been unable to escape the first round of the playoffs for several years now, so how can changes be made at the club, which will really cultivate a winning and killer instinct for the side to result in future success.

Having topped the North Division, expectations of success were extremely high for the Toronto Maple Leafs. Supporters were then looking at this review site for gambling in Canada, which listed different sites and offers available for players to back the side for further success in the NHL play-offs. Despite starting as the pre-series betting favourites, they were eliminated, following a frustrating 3-1 loss to underdogs Montreal. This surprise result meant more uncomfortable questions were being asked, following yet another post-season disaster for the side. This being the clear lack of killer instinct in big fixtures, which continues to be a problem we have seen for the side in recent seasons.

Brendan Shanahan, President of the Toronto Maple Leads could be seen in near shock following the result, as he looked to calm fans during this time of crisis………again. This was as he addressed the media at the season ending press conference, as he again echoed that better times are ahead for the club. However, this will not go down well with fans, who have heard it time and time again, as the club bombed out in the opening round of the playoffs for the fifth consecutive season. This was again despite posting a very impressive North Division campaign.

He said, “We understand the disappointment that everybody feels year in and year out. The support that we get from you is so vitally important and so appreciated by us in the team every year. This year in particular, with the restrictions that are going on around the world, but specifically here in Ontario and Toronto, we really wanted to be a beacon of happiness for you. We want to do that for you every year, but certainly this year it was even more important for the players. So, starting with me and Kyle Dubas, our management staff, our coaching staff, and all of our players, we take responsibility for disappointing you, letting you down and not getting the job done. Our players, I’ve seen them, in recent years, very disappointed after first-round playoff defeats. I’ve never quite seen them as despondent as they were Monday night.”

It has now been 54 years since the Leafs were able to celebrate a the Stanley Cup victory and this is not without remaining as one of the leading teams in the sport. They won the North Division handily this past season, and had oddsmakers on sites like this Olybet website favouring them as a legitimate cup contender. Also, the squad included two of the league’s top five scorers and the Rocket Richard Trophy winner, but they still went down to Montreal 3-1 in the series, despite starting as the overwhelming favourites. It was another example of the side choking in a big game, so the excuses are now over, and fans will not be accepting them anymore.

Fans are clearly fed up and this was shown with actions that following this recent defeat online. So, in a hockey context, this is a slight crises and improvements will now need to be made and expected to see the side really challenge for the Stanley Cup again in the near future. This has never been of more importance, based on the results of recent seasons and a killer instinct really needs to be enforced onto the side if they are to follow through with this. Leafs coach Sheldon Keefe will now be looking to implement this ahead of next season in order to bring further success to the club where he grew up supporting in the Greater Toronto area.