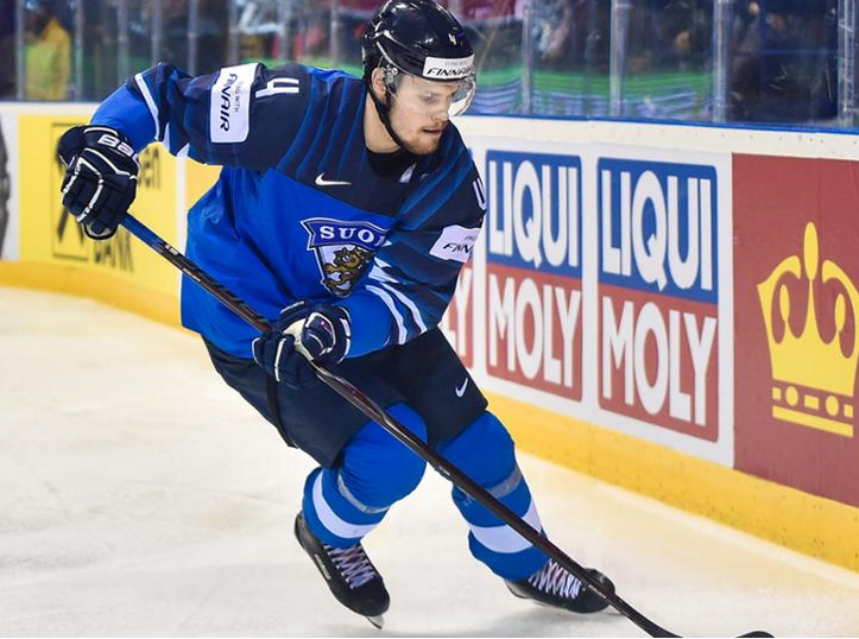 TORONTO, ON., May 5, 2020 — Yesterday, Toronto sports fans received some great news during the dark times of this COVID-19 pandemic, as the Toronto Maple Leafs announced the signing of KHL star defenceman, Mikko Lehtonen to a one-year entry level contract for 2020-21.

The terms of the agreement have not been disclosed but because it is an entry-level signing the maximum cap hit will be $925,000.

The 26-year-old 6 ft. 196-lb. Lehtonen, put up 49 points in 60 KHL games last year for Jokerit. He represented Jokerit at the 2020 KHL All-Star Game and was also named KHL defenseman of the month three straight times.

The left-handed shooter is regarded as one of the top mobile defencemen in Europe, and could provide added punch to the Leafs’ powerplay.

“I’m a two-way defenceman, can skate well and move the puck well, so I hope I can bring my strengths on the ice. I shoot the puck. These are my strengths and I want to bring those,” said the Leafs’ new signing at a media conference call.

Regarding signing Lehtonen Leafs’ GM Kyle Dubas said he is, “Definitely one of the best defenceman in the KHL throughout the season, if not the best. For us, I think you want to really work towards his strengths and what he does best and fit that into our program.”

“I agree with Mikko 100 percent why it’s a fit for us and him, is the way that he plays and the way that we want to play, his ability to be a two-way defenceman,” said Dubas. “And, with regards to whether he’ll play the left and right side, it’s such a hard thing to answer right now.”

A native if Turku, Finland, internationally, Lehtonen has represented his country at multiple events, including the World Championships in 2017 and 2019, winning gold at the 2019 tournament and earning recognition on the World Championship All-Star Team. He also skated for Finland at the Olympic Games in 2018 and the 2014 World Junior Championships, where he captured gold.

“I think the Leafs are a really good organization, a traditional organization,” said Lehtonen. “I think my game fits pretty well with Toronto because they want to skate well. I think those are my strengths and I can bring those too.”

The Leafs are doing their best to add depth to their squad for next season, with several players up for free agency including Tyson Barrie and Cody Ceci. Last month the blue and white signed KHL SKA St. Petersburg right winger, Alexander Barabanov to an entry-level contract.