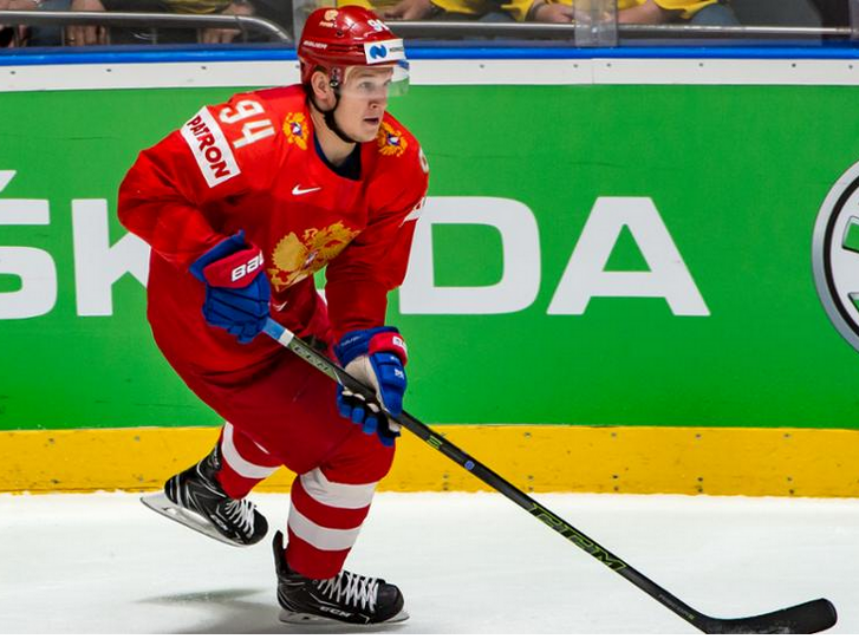 “We’re really excited to add another player to the fold here who we think has got great experience and great skill set,” said Maple Leafs coach Sheldon Keefe. “Very high character as well. Checks a lot of the boxes that we were looking forward to adding … a player who you fully expect to step in and be an important part of your team.

“He’s not tall, but he’s a very strong winger,” Leafs GM Kyle Dubas said of Barabanov last week on NHL.com. “Tremendous playmaking ability, great skill level in tight. But I think that one of the other things we like most about him is his ability to make plays under pressure and his ability to win pucks, protect pucks, when people come after him and use his strength to be able to do that.”

Barabanov’s agent, Dan Milstein told the Fan590 yesterday at the Russian forward had narrowed his search to the Leafs and the Coyotes. He said that former coach Mike Babcock had visited Russia to see Barabanov and that Leafs’ GM Kyle Dubas and Coyotes GM John Chayka had also visited Russia several times to watch him play and meet with the player over the past couple of years.

Milstein said, “If you recall at the Worlds in May of last year, he played with Alex Ovechkin and Evgeni Kuznetsov on the same line. He has had plenty of opportunities to play with and against NHL players over the years.”

The KHL free agent forward is 25 and was playing for SKA St. Petersburg. Barabanov. He is a skilled, strong playmaker, according to Leafs GM Kyle Dubas. Barabanov scored 27 goals and put up 66 points over for SKA combined over 101 games the past two seasons.

There was a great deal of interest in the Russian forward for several teams and then he narrowed the field to just two yesterday, before signing with the Toronto Maple Leafs today.

Meanwhile, Milstein said Mikkeyev’s contract negotiations with the Leafs are going well and that the Russian right winger will be rejoining the squad after recovering from a nasty wrist injury, when and if the season resumes.

During the COVID-19 hiatus NHL management teams have been keeping busy looking into prospects to improve their teams including having virtual meetings and signing college players and looking to other pro leagues for hidden gems. Meanwhile the Leafs have been doing their best to stay in shape at home as they self-isolate.