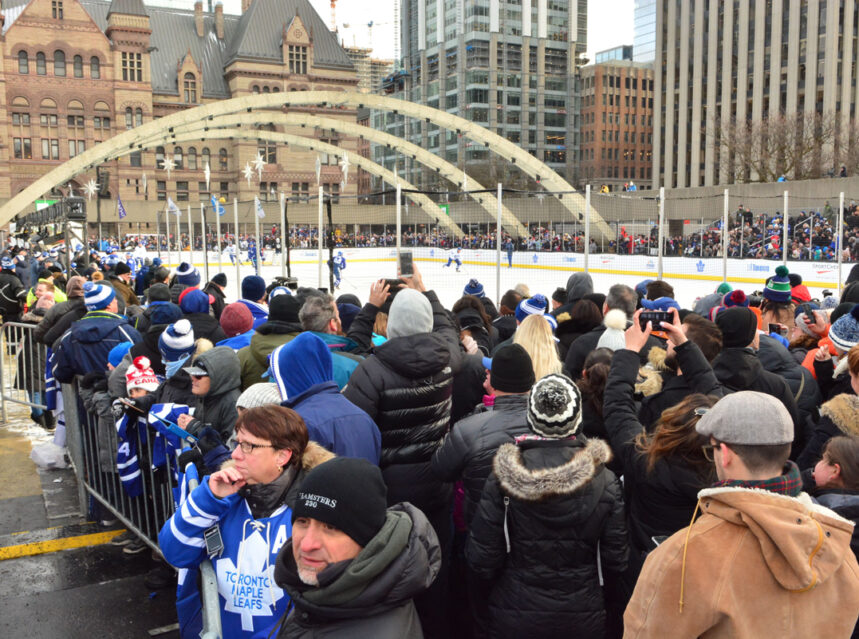 Toronto Maple Leafs thrill fans with outdoor 3-on-3 – The chilly January air in Toronto did not deter avid Leafs fans from catching a gimpse of their beloved hockey stars at Nathan Phillips Square on Thursday. The crowd began assembling as early as 7 am as the Toronto Maple Leafs presented the first of many activities celebrating the game of hockey which also features a game on Friday with first responders from across the city, including police officers, firefighters and paramedics, coached by alumni of the Maple Leafs.

Then, on Saturday, the Professional Women’s Hockey Players Association will hold its skills competition at Nathan Phillips Square and the festivities will culminate in a Leafs Alumni game beginning at noon on Sunday.

The mini 3-on-3 tourney was one of the Leafs’ many events held so the team can get up close with the devout fans who can’t get to the games. The Leafs began the day by taking the Subway from Scotiabank Arena to theas unsuspecting passengers got surprised by the blue and white in full hockey gear drinking Tim Hortons coffees like it was a regular day at the office. They exited the subway and walked through the mall before parading over to Nathan Phillips Square and greeting adoring and surprised fans along the way.

Here are some highlights from the Leafs’ visit to Nathan Phillips Square captured by Toronto Times photographer, Stephen Uhraney who couldn’t feel his toes afterwards.