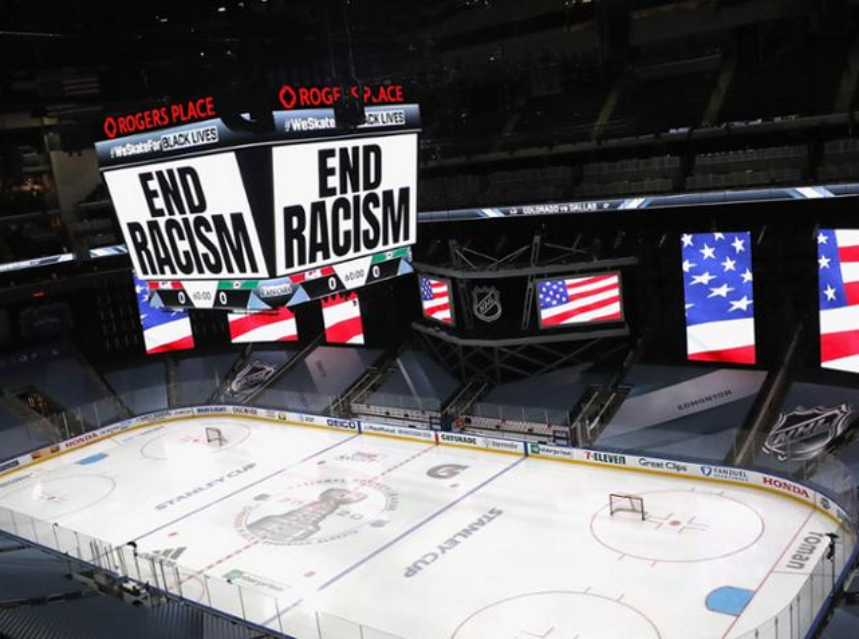 Players from all eight remaining teams decide not to play; schedule will resume Saturday

NEW YORK/TORONTO, Aug. 27, 2020 — Today, the NHL has released a statement to say that its “players believe that the best course of action would be to take a step back and not play tonight’s and tomorrow’s games as scheduled. The NHL supports the Players’ decision and will reschedule those four games beginning Saturday and adjust the remainder of the Second Round schedule accordingly.”

This postponement announcement has come in the wake of the horrific and senseless shooting of Jacob Blake, a black man, who was shot several times by police in Kenosha, Wisconsin.

“Black and Brown communities continue to face real, painful experiences. The NHL and NHLPA recognize that much work remains to be done before we can play an appropriate role in a discussion centered on diversity, inclusion and social justice.

“We understand that the tragedies involving Jacob Blake, George Floyd, Breonna Taylor and others require us to recognize this moment. We pledge to work to use our sport to influence positive change in society.

“The NHLPA and NHL are committed to working to foster more inclusive and welcoming environments within our arenas, offices and beyond.”

The NHL decision to postpone the playoffs comes after similar decisions made earlier by other major sports leagues including the NBA, WNBA and MLS.

Following the postponement of three MLB games on Wednesday night, tonight’s game between the Blue Jays and the Red Sox at Sahlen Field in Buffalo has also been postponed. The two teams issued a joint statement saying:

“The continued police brutality and social inequity demand immediate attention and focus from all of us – not only Black Americans and Canadians. We fully respect the decision of our players to bring further awareness to the systemic racism that contributes to police violence against Black, Indigenous and people of colour in our communities. We look forward to getting back on the field and using our strongest platform, our game, to amplify our message demanding meaningful change.”

More MLB games will be cancelled on Thursday according so several reports.