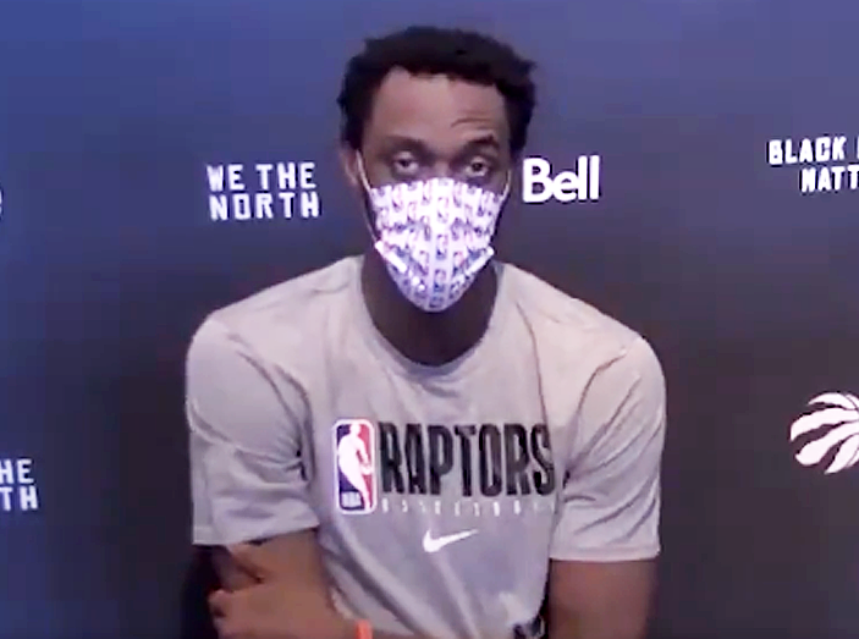 TORONTO, ON., Aug. 27, 2020 — Today, as both the Toronto Raptors and Boston Celtics had already been in discussion about boycotting tonight’s opening game of the Eastern Conference semifinals, the NBA has announced that the NBA playoffs will be postponed at least until Friday.

The players have agreed to resume the playoffs afterwards and this may occur as soon Friday if not Saturday.

The NBA had already postponed Wednesday’s games following the NBA’s Milwaukee Bucks’ decision to boycott their playoff game Wednesday afternoon. The Raptors and Celtics had been discussing a boycott of tonight’s game when the Milwaukee decision was announced. These postponements are a reaction to the horrific and senseless shooting of Jacob Blake, a black man, shot several times by police in Kenosha, Wisconsin.

“The players are deeply disappointed that the same thing happens again in a relatively short time frame,” said Raptors coach Nick Nurse on Wednesday before the boycotts took place. He was referring to the killing of George Floyd by police in Minnesota three months ago. “They want to be part of the solution. They want to help. They want justice. They want this particular problem to be handled in a much better way. That’s the first thing,” said Nurse

“Boycotting the game has come up for them as a way to try to demand a little more action. That’s really what they want. I think there’s enough attention and not quite enough action, and that’s what I can sense from the discussions is their disappointment. Like, ‘Man, how can we get something to change, like now?’ We need something to change, not just attention on the problem. We need a plan of action.”

Meanwhile, Raptors star Pascal Siakam said the idea of watching the video was too painful.

“I didn’t want to go through that again,” Siakam said in an interview posted to Twitter. “A lot of things are way bigger than basketball going on,” said Siakim.

Following suit, the rest of the NBA, along with the WNBA, MLB, and of then the MLS then proceeded to postpone their games later Wednesday evening. The WNBA did so in a dramatic fashion Wednesday night as the Washington Mystics came out on the court before their playoff game against Atlanta Dream and kneeled wearing t-shirts with seven bullet holes on their backs and big letters on the front forming the name Jacob Blake who was shot seven times in the back. The Atlanta Dream also kneeled wearing black t-shirts and in solidarity.

Atlanta’s Elisabeth Williams read a statement saying, “We stand in solidarity with our brothers in the NBA and will continue this conversation with our brothers and sisters across all leagues and look to take collective action.” Williams also encouraged people to go out and vote in the US election in order to exact change. “What we have seen over the last few months and most recently with the brutal police shooting of Jacob Blake is overwhelming and while we hurt for Jacob and his community, we also have an opportunity to keep a focus on the issue and demand change. If you truly believe that black lives matter, then vote. Don’t wait. If we wait we don’t make change. It matters. Your voice matters. Your vote matters” said Williams.

“We are lifting the names of black and brown women whose murders have been forgotten. We will continue to use our platform to speak of these injustices that are still happening and demand action for change. Black lives matter say her name, say his name,” said Williams.

“Tonight we stand and although we have heavy hearts we stand with strong and determined voices and ask all our fans to vote to engage and to make that difference,” said Williams.

Toronto FC’s Mark Delgado tweeted, “What is happening in the world is much bigger than the game we play. We need change. We need justice. We need action. NOW. ENOUGH IS ENOUGH,” said Delgado.

“Proud of sports tonight and all of my guys in MLS,” tweeted TFC striker, Jozy Altidore.

Toronto FC have have been leaders of the BLM movement in MLS, and it is expected that they may postpone Friday night’s clash with the Montreal Impact., but that remains to be seen.