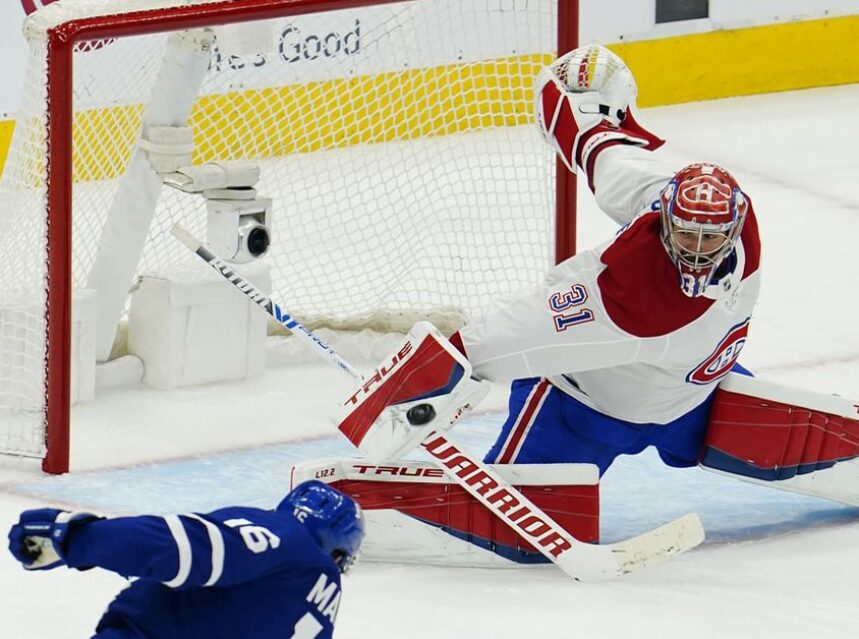 Four decades have passed since the Toronto Maple Leafs and Montreal Canadiens competed in the NHL playoffs together. Most analysts were administering NHL betting predictions that rallied behind the Montreal Canadiens. Despite those predictions, Toronto is winning against Montreal in the Stanley Cup first round.

It’s in stark contrast to what the Leafs experienced decades ago, showing that they’re capable of winning a Stanley Cup. The Canadiens will have two additional opportunities to match Toronto and reach the second round. If the Leafs manage to win against Montreal on May 27th and May 29th, they’ll advance onto the second round, which is something they’ve failed to accomplish for fifteen years.

Montreal shouldn’t be removed from our readers NHL Betting Picks, as the Canadiens have trained during the offseason and overhauled their roster. These new players haven’t synchronised with older athletes in Montreal, causing failed strategies. As such, the Montreal Canadiens are ranked fourth in the NHLs north division. It’s disappointing for fans who have been promised improved performance for Montreal. However, these players could synchronise their talents by May 27th & surprise Toronto with some unexpected powerplays. It’ll be an eventful evening with supporters on both sides rallying for their team to advance onwards and acquire the c.

By now, you already know the history. The Maple Leafs have not won a playoff series since the 2003-04 season. The current core has made the playoffs four years in a row and lost in the First Round (or the Qualifying Round) each time, never taking any substantial step forward. That cannot continue.

The history has changed

Toronto, they’re one of the original six hockey teams that competed in the National Hockey League. Its team history includes thirteen Stanley Cup Championships, with their last victory sustained in 1967. This outfit has failed to reach the finals for fifty-five years, which is longer than any other team in NHL history.

NHL Betting Forums are favouring the Maple Leafs in 2021 to stand victorious over the North Division. They’ve acquired players like Auston Matthews, Jason Spezza, Jack Cambell, and Adam Brooks. These four individuals have rallied their teammates during the playoffs to display powerful and unforgettable performances.

This was a similar story for the Montreal Canadiens in 1978/79. That would be the last time these two teams met during the playoffs opening round. The version of Toronto that was witnessed four decades ago is significantly different to today. It’s created challenges for Montreal’s Coach, Dominique Ducharme. He’s finding it gruelling to compete against the strategies of Toronto’s Coach, Sheldon Keefe.

With these NHL sports betting tips considered, our readers should wager on Toronto to win Game Five in the Stanley Cup First Round. Everyone will be pleased to know that PartyCasino, one of Entain’s brands recently launched their sportsbook offering +105 Odds for Toronto to defeat the Montreal Canadiens while supplying odds of +250 for Toronto to win the Stanley Cup Finals. They’re the second-highest-rated team to win the 2021 Championship, alongside the Boston Bruins and Colorado Avalanches.