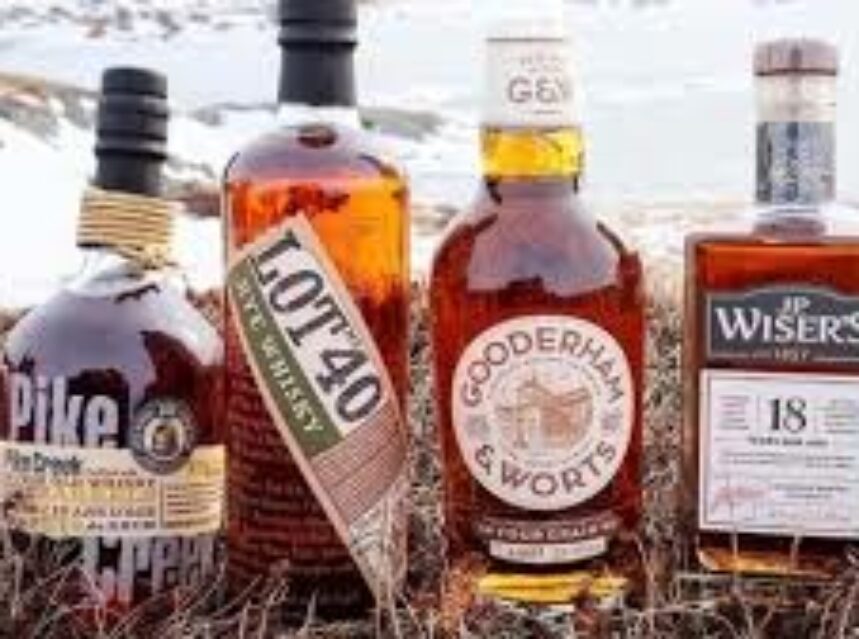 Distilled at Hiram Walker Distillery in Windsor, Ontario, the whisky is named for the nearby community of Pike Creek where it matured for twenty-one years.

Dr. Livermore also accepted an award as Blender of the Year.

Retired whisky maker, John K. Hall was named Whisky Maker of the Decade, having founded the relatively new Forty Creek distillery, where he created a number of international bestselling whiskies.

Other big winners at the 2020 Awards include Alberta Premium Cask Strength Rye, Canadian Club 42-Year-Old and Crown Royal Black. Honours for Artisanal Distillery of the Year went to North of 7 Distillery in Ottawa, while The Crown Royal Blending Team accepted a lifetime achievement award.

A record number of high-quality whiskies entered by Canada’s distillers, large and small, predicts a very exciting 2020 for fans of Canadian whisky, worldwide.

More about the Canadian Whisky Awards

The Canadian Whisky Awards, held annually in conjunction with the Victoria Whisky Festival, recognize the very best Canadian whiskies and encourage distillers to maintain the highest quality standards. To qualify, the whisky must be distilled and matured in Canada. An independent panel of whisky experts selects the winners after tasting each whisky blind. Operated on a not-for-profit basis, the Canadian Whisky Awards are fully independent of the Canadian whisky industry.

Top wines for the holidays and party circuit