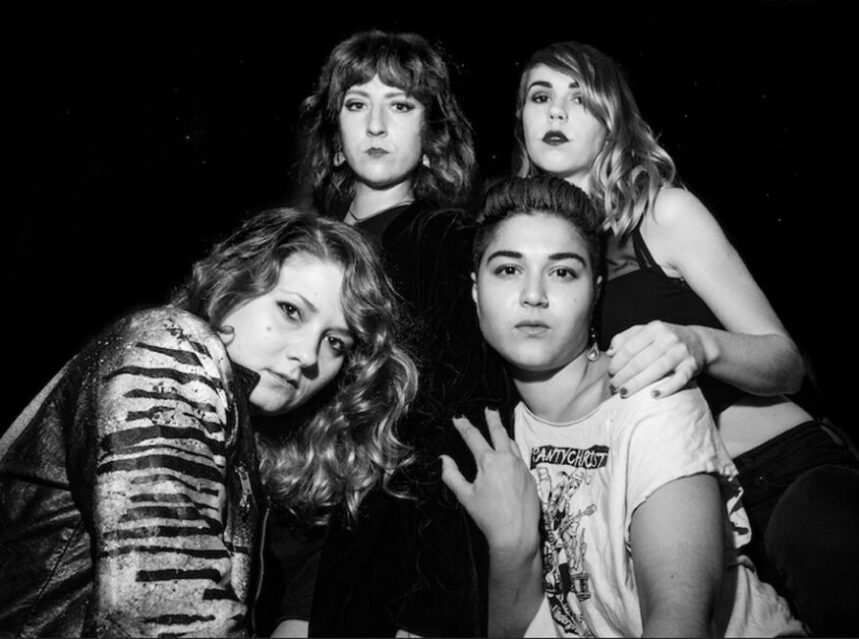 WATCH: Bad Waitress’ “Too Many Bad Habits” on YouTube

Speaking about the track, the band says “Bad Habits. We all have them and the guilt surrounding them eats us up. This song is a cathartic expression of the frustration that emerges from constantly teetering on the edge. It’s screaming into the faces of the devil and angel whispering in your ear. “Too Many Bad Habits to be this broke'”is a working class battle cry.”

Starting their musical adventures as The Nude Dogs, Bad Waitress recently signed to Royal Mountain Records. They incorporate heavy licks, intense energy, and strong satire. They put out their first EP as Bad Waitress called Party Bangers: Volume 1 on 4/20 of 2018 and are currently working on their first full length.

Bad Waitress have been tearing up the Toronto punk scene and beyond. They’ve played with bands like Fucked Up, L7, Rise Against, The Bronx and at festivals like The Fest, Basilica Soundscapes, New Colossus, NXNE, Hollow Fest, Crystal Lake, Pouzza Fest, and were slated to play SXSW in Austin last year before everything in the world got cancelled.

“Too Many Bad Habits” follows February’s “Pre Post-Period Blues” and is another slice of the band’s finely crafted but utterly raucous punk, an anthem for the working class and a total ripper for your midweek pick-me-up.

The band says they “strive to create an empowering, inclusive and positive environment for people to rage out and have a fucking awesome time with some ferocious, shameless, eccentric music mania.”

Vocalist Kali-Ann Butala (she/her) moved to Toronto from the Northwest Territories with the specific plan of playing in a band with other non-men, and she bonded with lead guitarist Katelyn Molgard (they/them) over Kali’s Howlin’ Wolf tattoo. Together, they met bassist Nicole Cain (she/her) and drummer Moon (they/them) through the Toronto music scene and have been inseparable ever since!

Bad Waitress are fixtures in the Toronto music scene, and they are also known for helping their friend’s bands out wherever possible.

“Too Many Bad Habits” can be found on all streaming platforms here. And although they are already a well-known local live act, their Debut album is due later this year.

by Terry Lankstead and Conor Mackie