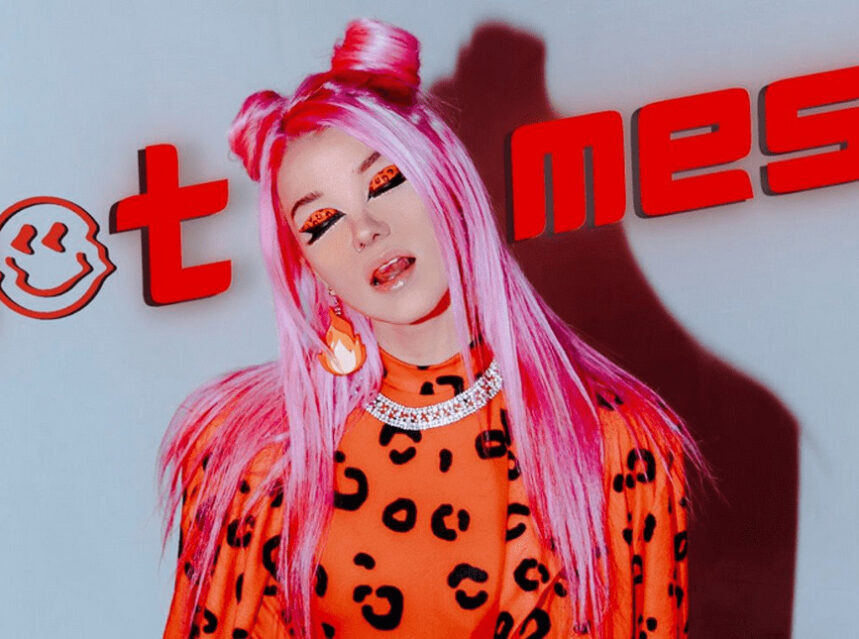 Canadian electro-pop/rock singer-songwriter Terez has just released her latest single – a stripped down, acoustic song called “Easy” detailing how the singer imagines love should be. 24-year-old Terez, is based between Calgary and Toronto, with an unforgettable look and an undeniable talent.

Terez had an explosive start to 2020. After performing with Canadian star Ria Mae, the adventurous singer was scheduled to perform with RALPH just as the pandemic hit. Terez spent the past few months at home writing and recording, and has also recently released “Hot Mess” – a fun, upbeat pop-rock song with a vibrant, colourful music video.

The latest single “Easy” showcases Terez’s brilliant lyrics and vocal talent, as well as her musicianship – accompanying herself on guitar. The song is a giveaway to her fans as the singer has promised them that there will be absolutely no love songs on her upcoming EP due out this spring.

Terez has a creative eye that is rarely seen in the music industry today. At 24, Terez has written in excess of 500 songs, shared a stage with Keith Urban, and continues writing music for numerous artists in a variety of genres. The young multi-talented Canadian musician also runs her own company, plays her own instruments, writes her own songs, and was recently selected by SOCAN to participate in a female-only class in music production.

In her previous single “Hot Mess”, Terez pokes fun at herself for making silly mistakes and the video is the perfect visual representation of that.

Featuring Terez’s incredible creative abilities and her signature pink hair, the video follows Terez around the house, putting lipstick on mirrors, playing pool with a mannequin, and realizing she might be in the middle of nowhere. With plans to release additional music videos that all tie into one another, “Hot Mess”, the first video in the series, is a fun, upbeat, must see!

“The Hot Mess video is intended to be a light-hearted video of a girl choosing to have fun no matter who she’s with… Even if it’s just a mannequin. I hope viewers can find their own way of gracefully enjoying their Hot Mess side and have a little fun at home during this wild time.” said Terez.

“This song was born out of leaving my wallet in an Uber after a night out (don’t worry, I got it back), and was written to poke fun at myself for doing so. I hope that this song can pick people up if they’re having a rough day, give them humour instead of frustration, and the license to be imperfect and love themselves for it!” – Terez

Her songs discuss topics such as self-love, mental health, and acceptance. At her young age, Terez has an understanding of the music industry that can take most artists decades. Her new music compliments the classic Terez sound while showing her growth, and will be sure to delight her current, and soon to be fans alike!

With over 130,000 loyal fans and a rapidly growing following online, it’s only a matter of time before Terez is racing her way up the charts to number one!

Her music releases have amassed over 400,000 streams within the last year alone. With every single release, there has been massive growth within Terez’s career and an abundance of opportunities.

Terez has penchant for blending genres, mixing pop, R&B and punk rock, is what gives her music that uniquely intoxicating sound that listeners can’t help but sing along and dance to. Her mix of raw emotional lyrics, and catchy upbeat melodies, leaves her fans feeling a rare connection and bond to her and her music; offering an escape from reality and the chance to become fully immersed in the world, and vividly real experiences of Terez.

After finding massive success on her first 3 singles over the past year, Terez is currently in the process of recording the first full length project of her career. The project Is due to drop summer 2021, and will consist of 8 original songs. In order to help promote the project, three singles will be released prior to the EP dropping. Terez will be releasing 4 music videos alongside the project; Along with multiple social media campaigns to help market the project to assure its success.