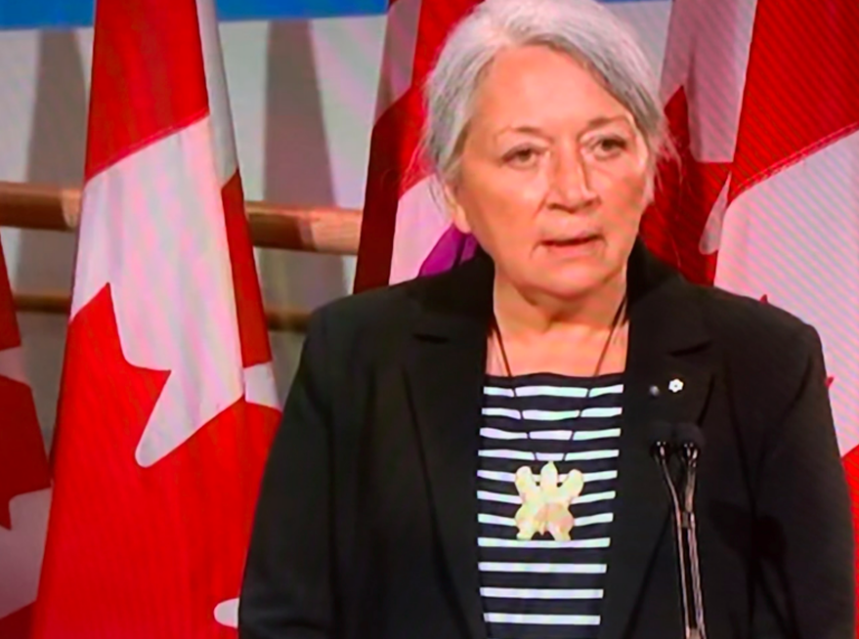 “On behalf of the Ontario government, I am honoured to welcome Her Excellency the Right Honourable Mary Simon on her first official visit to our province,” said Premier Doug Ford. “As Canada’s first Indigenous Governor General, she is a role model to so many people across our great country and I look forward to seeing her important work continue during this vital time for our country.”

Premier Ford will join Her Honour the Honourable Elizabeth Dowdeswell, Lieutenant Governor of Ontario and the Honourable Ted Arnott, Speaker of the Legislative Assembly to greet the Governor General upon her arrival at Queen’s Park. At the official welcoming ceremony, Her Excellency will inspect a Guard of Honour while a 21-Gun salute is fired. She will then be escorted into the Legislative Building for meetings with both the Lieutenant Governor and the Premier.

Premier Ford and Her Excellency will meet with Indigenous leaders, including Glen Hare, Ontario Regional Chief, and Margaret Froh, President of Métis Nation of Ontario, where they will discuss areas of shared interest.

The Governor General will conclude her visit with an official reception hosted by Deputy Premier Christine Elliott at the Royal Ontario Museum, joined by the Lieutenant Governor, Indigenous leaders and community leaders.

4:00
Meeting with the Mayor of the City of Toronto
Their Excellencies will meet with Mayor John Tory at City Hall, and sign the City’s guest book. Their Excellencies will be greeted by Mayor Tory at the main doors of City Hall, where they will walk past the City of Toronto Honour Guard, which includes members of Toronto Police Service, Toronto Fire Services, Toronto Paramedic Services, Toronto Transit Commission and City staff.
Toronto City Hall, 100 Queen St W, Toronto, ON M5H 2N2

6:30
Ontario Cultural Reception at the Royal Ontario Museum
Their Excellencies will attend a reception hosted by the Government of Ontario in their honour. During this reception, Her Excellency will deliver remarks and will have the opportunity to meet with Indigenous leaders and community leaders. Their Excellencies will also receive a private tour of the First Peoples Gallery.

10:10
Visit to Kapapamahchakwew – Wandering Spirit School
Their Excellencies will visit Kapapamahchakwew – Wandering Spirit School, which provides Indigenous students with an opportunity to learn about Anishinaabe cultural traditions in a nurturing, caring environment, and empowers them to be future leaders with a strong cultural identity. Their Excellencies will meet with students and faculty.