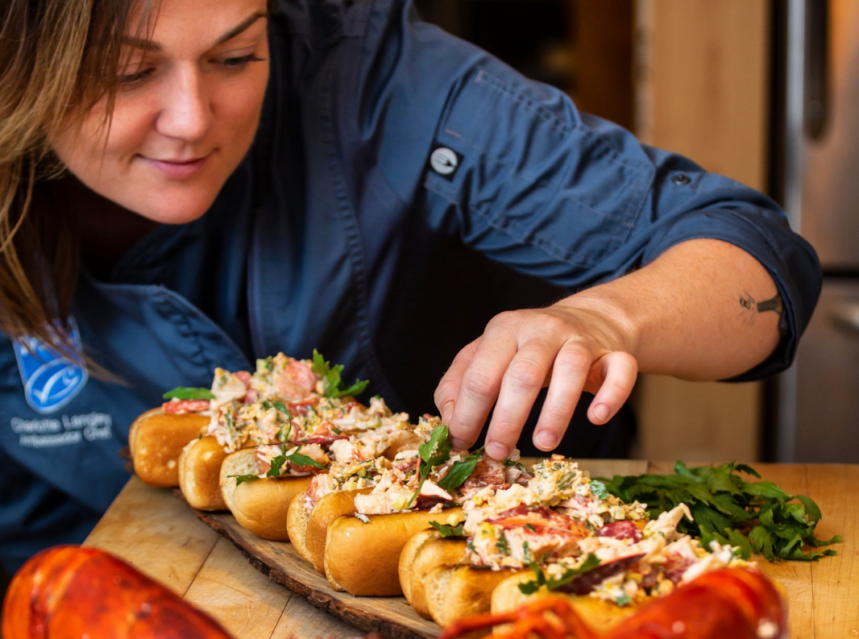 TORONTO, Aug. 12, 2020 /CNW/ – Lobster PEI has launched the first PEI Lobster Roll Call with a shortlist of nine GTA-based restaurants serving up their own signature style on the classic lobster roll. In partnership with Toronto Life and Chef Charlotte Langley, Lobster PEI is looking to promote sustainable local lobster and support the foodservice industry by launching this contest.

“When it comes to lobster, you can’t beat PEI’s freshness and quality!” shares Chef Charlotte Langley. “My go-to way to serve up lobster is on top of pasta, greens, freshly cooked from the ocean, cracking open a can of PEI Lobster from Scout anytime or packed into a lobster roll. I can’t wait to see what the PEI Lobster Roll Call participants come up with. With lobster, the possibilities are endless.”

The PEI Lobster Roll Call invites lobster fans across the GTA to visit participating restaurants to try out Lobster Rolls featuring sustainable PEI lobster. Then, they are invited to visit the Toronto Life website to cast a vote for their favourite Lobster Roll.

Once the ratings are in, the top three restaurants will be announced and featured on the Toronto Life website. By voting, lobster lovers will have a chance to win a Lobster PEI prize pack plus a $500 gift card to dine at and support the participating restaurants.

“Due to COVID-19, Canadians are travelling less and this means they are not able to enjoy the delicious, sustainable PEI lobster that they normally would while visiting our province,” says Charlie McGeoghegan, Board Chair of The Lobster Fishers of Prince Edward Island (LFPEI). “We are excited to bring the PEI experience to Ontario in a fun and exciting way while supporting the foodservice sector wherever we can.”

Since 2014, Prince Edward Island’s lobster trap fishery has been certified as sustainable and well-managed according to the Marine Stewardship Council’s (MSC) globally-recognized, science-based standards. The lobster fishery is a significant contributor to the economy of Prince Edward Island.

Lobster landings from more than 1,200 harvesters account for 66% of the value of the overall fishery, with a total landed catch of approximately 40 million pounds of lobster harvested annually, providing more than 5,000 jobs per year and contributing substantially to the province’s economy.

Prince Edward Island Lobster history
PEI’s lobster fishery dates back over 150 years, and many of our 1220 industry-leading fishers learned the trade from their parents and grandparents. High-quality, safe, and sustainably harvested PEI lobster is enjoyed by consumers in 28 countries around the globe.
Learn more at www.lobsterpei.ca or by visiting Lobster PEI on Facebook, Instagram, and LinkedIn.