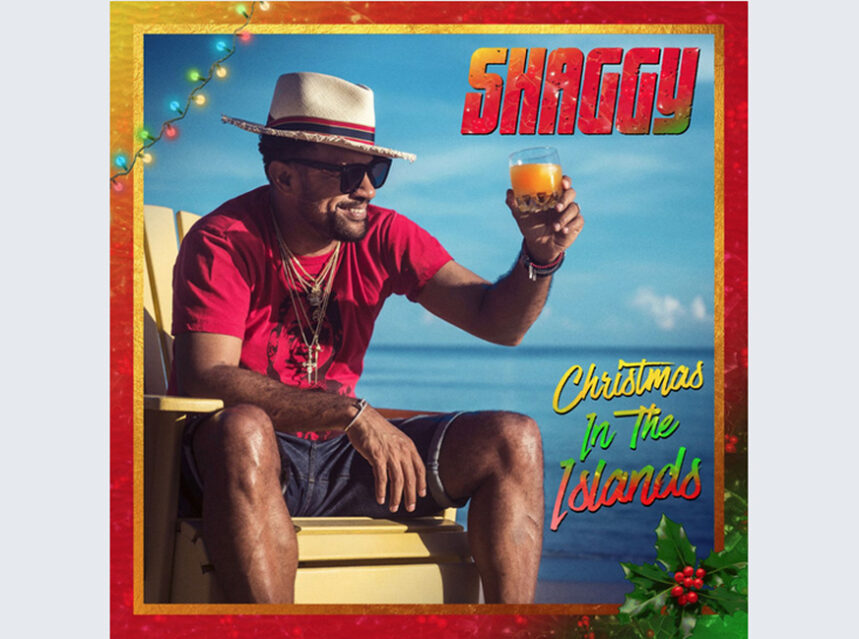 Fans can pre-save it now: https://shaggy.lnk.to/ChristmasInTheIslandsPR

Shaggy says, “Since I was a child, I can remember seeing tourists flock to Jamaica during Christmastime for some sun, fun, rum, and great parties! Our island is all about family, friends, food, great beaches, warm, welcoming people, and a strong culture, which is the perfect recipe for a joyous Christmas, so we decided to embody all of that into one album.”

He continues, “we enlisted some of Jamaica’s leading, iconic artists to participate, and with guests like Ne-Yo and Joss Stone, who frequent Jamaica during the holiday season, we hope to transport listeners and share how we celebrate Christmas in the Islands!”

As the only diamond-selling dancehall/reggae artist in music history, Shaggy has sold more than 40 million album units to date and has amassed over 1.5 Billion streams worldwide throughout his illustrious career. He has been nominated for seven Grammy Awards, winning twice for Best Reggae Album with Boombastic (1996) and most recently, 44/876 with music icon, Sting (2019). He has also landed eight singles on the Billboard Hot 100 – including the diamond hit single “It Wasn’t Me” and platinum hits “Boombastic” and “Angel”- as well as seven albums on the Billboard 200 (including four in the top 40).

Shaggy, managed by The Cherrytree Music Company, is among the top 3 streamed reggae artists of all time on Spotify (along with Bob Marley & Sean Paul) and including his latest viral sensation, “Banana” with Conkarah, which has over 1 billion streams worldwide, it has been four consecutive decades that Shaggy has had a massive hit!

While his musical accomplishments speak for themselves, a couple of lesser-known facts are his altruistic endeavors (he established the Shaggy & Friends Foundation which benefits the Bustamante Children’s Hospital in Kingston; the only English speaking children’s hospital in all of the Caribbean) and that he served in the US Marines for 4 years (including two tours of duty in the Middle East as part of Operation Desert Storm).

CHRISTMAS IN THE ISLANDS TRACK LISTING: