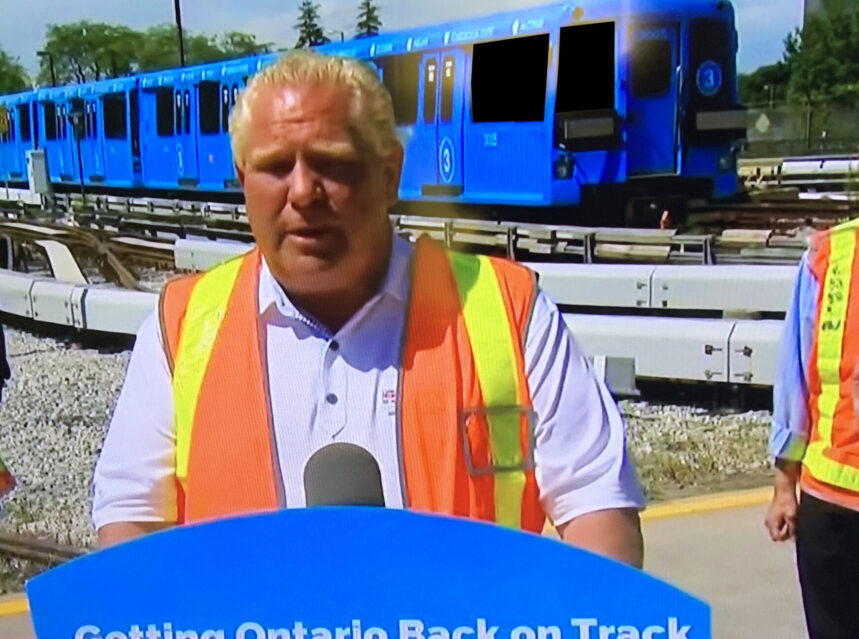 TORONTO ― The Ontario government is one step closer to getting shovels in the ground on part of the largest subway expansion in Canadian history with the expectation that the Request for Proposals (RFP) to advance tunnelling work on the Scarborough Subway Extension will be issued in the coming days.

The announcement was made today in Scarborough by Premier Doug Ford and Kinga Surma, Associate Minister of Transportation (GTA).

“After waiting over 30 years for a subway, our government is taking another critical step forward to build the improved, three-stop Scarborough Subway Extension for the people of Scarborough,” said Premier Ford. “This project will create thousands of jobs, drive housing development, and triple the daily ridership to help reduce congestion and cut travel times for riders and commuters.”

Toronto mayor John Tory also issues a statement about the new subway extension. “The public has been clear that it wants transit now,” said Tory. “I know all three governments – the City of Toronto, th eGovernment of Ontario, and the Government of Canada – are committed to getting on with the building transit and upgrading our existing systems.”

Tory also said, “I thank the Premier for continuing to push this forward. This is a welcome next step that will make sure we have shovels in the ground as soon as possible to get this long-awaited project completed.”

On August 20, 2020, the province will invite the selected teams from the Request for Qualifications process to respond to an RFP that details how they plan to design and deliver the tunnelling work for the Scarborough Subway Extension. Upon evaluating the proposals received, Infrastructure Ontario (IO) and Metrolinx expect to award this tunnelling contract in mid-2021.

“The RFP release is the next step in our plans for transit expansion in Scarborough as we develop a world-class transportation network that gets people where they want to go, when they want to get there,” said Caroline Mulroney, Minister of Transportation. “Each project milestone demonstrates our commitment to building a modern, efficient rapid transit network that best serves Scarborough for generations to come.”

To expedite work on the Scarborough Subway Extension, tunnelling will begin first, to be followed by separate contracts for the balance of the work.

“Issuing this RFP demonstrates that we are making progress on these priority subway projects to reduce commute times,” said Associate Minister Surma. “With the province and municipal governments now firmly supporting our transit expansion plan, we continue to jointly call on the federal government to provide its fair share ― funding at least 40 per cent of our four nationally significant subway projects. Formalizing this funding partnership with the federal government remains a top priority.”

The release of the RFP is part of the government’s continued commitment to deliver the largest subway expansion in the country’s history to commuters and businesses in the Greater Toronto Area (GTA). On August 5, 2020, Ontario announced three teams of bidders per project were shortlisted to advance tunnelling work on two of the four priority transit projects, the Scarborough Subway Extension and the Eglinton Crosstown West Extension, included in the Subway Transit Plan for the GTA.

In April 2019, the province announced its historic new transportation vision, with a preliminary estimated cost of $28.5 billion. In addition to the Scarborough Subway Extension and the Eglinton Crosstown West Extension, this plan includes the all-new Ontario Line and the Yonge North Subway Extension. Planning is underway for all four priority projects and procurements will be staged to ensure each project is delivered successfully.