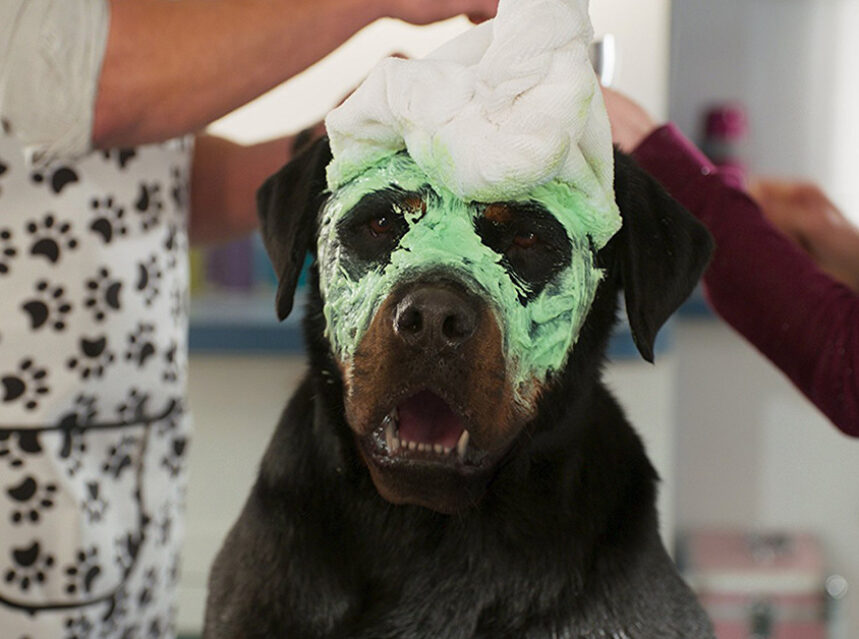 SHOW DOGS – A typical family comedy, “Show Dogs” directed by Raja Gosnell and written by Max Botkin, is nothing extraordinary in that already very saturated genre. However, if one thing is to be underlined, that is the great work of animation, lip sync, and special effects people who managed to convey very realistic images of talking animals. This detail is very important because all the main characters are indeed animals, who not only speak but can also communicate with their human handlers. (Those of a certain age like myself, should remember Francis the Talking Mule of those funny 1950s movies we then enjoyed as kids).

Max (voiced by Chris “Ludacris” Bridges) is a police dog with the NYPD which at the beginning of the movie we see watching how some exotic-animal smugglers are bringing a baby-panda into the port of New York. Max, in the best tradition of the compassionate cop, promises the little panda that he will rescue him. Three talkative pigeons who follow the dog agent everywhere would also witness the criminal act and will eventually have a part in this fight between “law and crime.”

After a bureaucratic jurisdictional dispute between the NYPD and the FBI is finally solved, it is agreed that FBI agent Frank (Will Arnett) will conduct the investigation accompanied by NYPD canine agent Max. Of course, the hilarious moments will come from the premise that our canine agent Max is often smarter than his human counterpart.

Since pandas are exotic animals avidly sought-for by some people, the investigators envision a plan to look for the smugglers at the top dog show in the country, where people who look for expensive dogs and other animals would converge. Frank and Max are then dispatched to Las Vegas where the dog show takes place, although some disagreement at first would make both agents separate. Max would get the assistance of a former dog show champion now abandoned, Philippe (voiced by Stanley Tucci) who would later be joined by an old fan, and the pigeons.

For his part, Frank, with the support of dog exhibitor Mattie (Natasha Lyonne) would try his best pretending to be the master of Max who now is to be presented at the dog show. A prospect that at first Max –a respectable, working dog– didn’t appreciate much, but which he eventually would get somehow used to and even enjoy. After all, he is doing an undercover job.

“Dog Show” is a movie designed to entertain without any other pretensions, and in that regard, it fulfils its objective. Kids will especially enjoy this film.