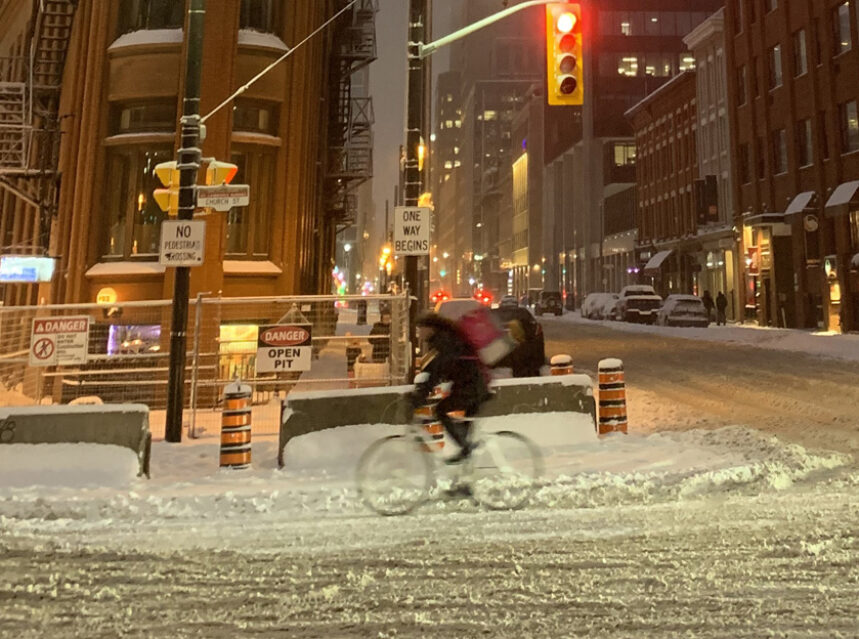 At 3:15 pm yesterday, Environment Canada issued a Snow Squall Watch for Toronto and the west GTA for most of the day Thursday, and at 3:10 am Thursday it has been revised to a Winter Weather Travel Advisory in effect for today and tonight.

Environment Canada is now saying, “Lake enhanced snowfall is expected to locally boost snowfall amounts to 10 to 15 cm in parts of the west end of the Greater Toronto Area. Accumulating snow could cause poor driving conditions, and impact the commute this evening and Friday morning. The localized nature of lake enhanced snow means that snowfall intensity and accumulations may vary considerably between nearby locations.?

Drivers should plan to give themselves extra time to reach their destination.
If visibility is reduced while driving, slow down, watch for tail lights ahead and be prepared to stop.

Travel may be hazardous due to sudden changes in the weather. Visibility may be suddenly reduced at times in heavy snow. Surfaces such as highways, roads, walkways and parking lots may become difficult to navigate due to accumulating snow.

Raccoon bites on the rise in Toronto