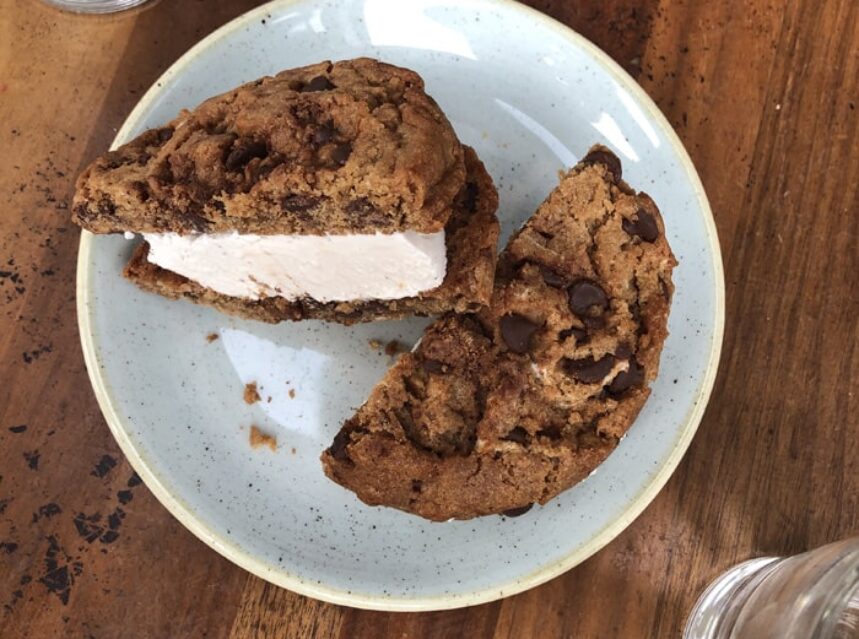 Years ago, vegan sweet treats were few and far between. Now, Toronto is home to a plethora of vegan bakeries and sweet shops. The question is, which ones are the cream of the crop?

Here are Toronto’s top 5 sweet vegan destinations you don’t want to miss out on:

This plant-based favourite is situated in Kensington Market, although many wish there were more locations across Toronto. Bunner’s have some of the best cupcakes on the market, vegan or not, and their famous ‘creamie’ is a must-try (think ice cream sandwich, but the ice cream is frosting and the cookies are insanely delicious). They also do some tasty cinnamon buns, tarts and bars, custom cakes, pies, breads, and even some savoury treats. Check them out in the summer to see what flavours of soft serve they have going on!

With three bakeries and six donut booth locations (at Mos Mos Coffee shops) in Toronto and one pick-up location in Mississauga, Bloomers is now known as the best vegan doughnut provider in the city, and you can find their products in several other non-vegan cafés throughout Toronto. However, only their own locations are 100% vegan, and their flavour varieties are off the charts.

The beaches are home to one of the top spots for vegan pastries: Tori’s Bakeshop. This little vegan gem offers everything from muffins to croissants (a rare find in Toronto), and they do it in style. Have a seat and enjoy a coffee and croissant in this adorable abode.

Good Rebel is an all-vegan grocery store in Toronto’s west end. They sell more than just sweets, but they have an amazing selection of packaged treats and candy and fresh pastries every day! Their croissants rival that of Tori’s Bakeshop, and that says a lot!

Another west-end highlight is the Vegan Danish Bakery. Located in the heart of ‘Vegandale’, this sweet spot has an expansive menu to satisfy all of your cravings. Butter tarts, danish pastries, cupcakes, cheesecake, you name it, they’ve got it.

These are our top picks, but if you find yourself lucky enough to be in Toronto, you will discover no shortage of plant-based delicacies. Hungry for more? Check out our collection of the best vegan restaurants in the city here.