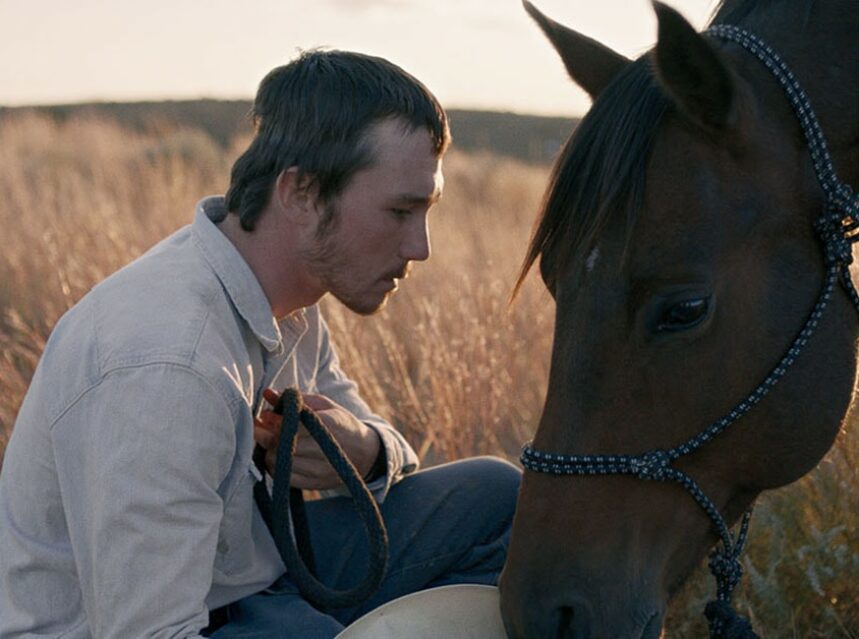 Directed and written by Chloé Zhao, “The Rider” is an interesting film on several accounts. First of all, the director used non-professional actors, but not only that, the main character, Brady Blackburn, is played by Brady Jandreau, who indeed used to be a rodeo champion until an accident ended his career. “The Rider” is then not only based on a real story but also shot with some of the real protagonists of that drama. And although there must be some fiction in the plot, the film ultimately remains true to the actual real-life drama of those rodeo performers.

Deprived of the possibility to ride, Brady is confronted with a serious existential predicament: communication with his father Wayne (Tim Jandreau) is almost non-existent, although he experiences a much fluid relation with his younger and slightly autistic sister Lilly (Lilly Jandreau). Brady’s life has little sense without the excitement of the rodeo ring, the horses around him, and all the surrounding atmosphere: the country songs and the beer at the bar after each competition.

Economic difficulties force Brady to take a job at a local supermarket, but he cannot forget his passion for horses. That’s his real purpose in life, although returning to the ring may actually put that very life of his at risk. His regular visits to a rehabilitation centre to see a close friend who was left severely disabled after a rodeo accident is a sad reminder of the dangers that he and his fellow riders face. In the end, it should be him and nobody else the one that must make the crucial decision on whether to get again on the rodeo ring or not.

“The Rider” shows powerfully the hard decisions that these men must make, as well as the internal psychological vulnerabilities of people who would prefer to disguise them under their displays of manliness. The film is at times slow, but it has beautiful photography and transmits a sense of authentic drama.