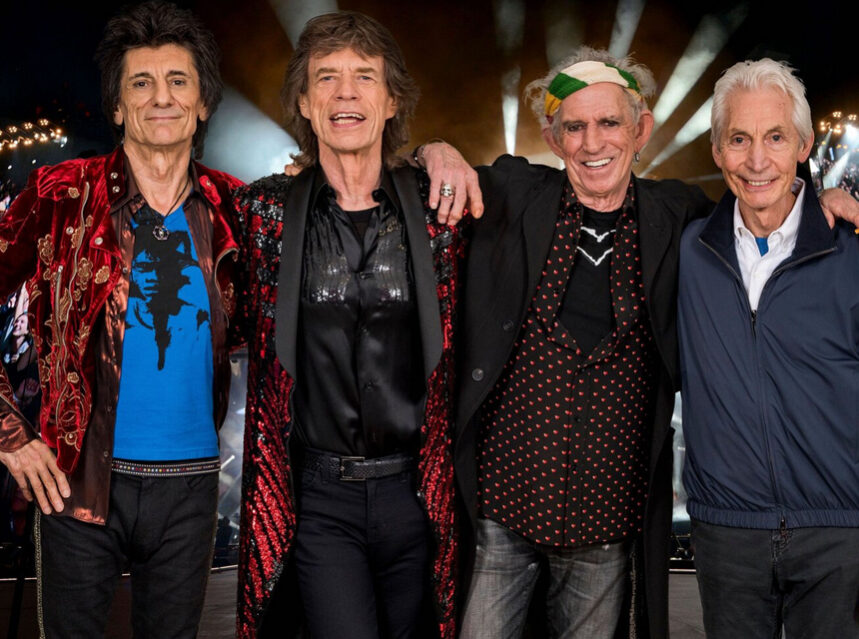 If Wild Horses couldn’t drag you away from seeing the Canadian premiere of The Rolling Stones | UNZIPPED, the first international exhibition by and about the world-famous rock band, now is your chance to book tickets! This ‘backstage tour’ is being held a year from now, (from November 30, 2021 to February 27, 2022) at THEMUSEUM in Kitchener to mark the 60th anniversary of The Rolling Stones.

After engagements in London, Australia, Asia and the United States, the exhibit toured Europe in a revamped form in 2020 and will be showcased next year in Kitchener.

“The Rolling Stones | UNZIPPED exhibition came on to our radar about a year and half a go and we jumped on it,” says David Marskell, CEO of THEMUSEUM in Kitchener. “It took about a year of conversations to prove we would be able to mount an exhibit of this size. Someone asked The Rolling Stones’ manager how a museum in Kitchener was about to acquire this international exhibit and apparently, he said, ‘they really, really wanted it.’ I guess our tenacity paid off.”

Although David has not personally seen the exhibition due to travel restrictions during the COVID-19 pandemic, he knows every aspect of it.

“The visit begins with seeing an immersive, realistic reconstruction of the Stones’ original ‘Edith Grove’ flat in Chelsea and takes a somewhat chronological approach as you see a replica of the Stone’s recording studio and move on to an exhibit of guitars and personal items including costumes by Alexander McQueen, Prada and others. This is a look at how the Stones influenced music, film, fashion, and pop culture. This is totally their (The Rolling Stones) show and they engaged curator Ilene Gallagher to bring it to life. It is an immersive experience where you can play their songs, isolate guitar riffs and more,” said Marskell.

David explains the meaning behind the name of the exhibition: “The Rolling Stones | UNZIPPED refers to the cover of the Rolling Stones’ album Sticky Fingers created by Andy Warhol, which shows the fly zipper on a pair of jeans.”

The finale of the exhibition is a mind-blowing, three-dimensional 16-minute film of a Rolling Stones concert in Havana, Cuba with huge Dolby Atmos sound. “One of my biggest regrets was that while I was in Cuba I didn’t go and see that concert. Now I get to see the film and feel like I was actually there.”

David says it will take visitors about an hour and a half to tour the exhibition and THEMUSEUM is selling timed tickets online starting this week.

“This exhibition is world-class and will bring tens of thousands of people to our community, putting the Kitchener Waterloo Region on a much larger cultural map,” says David. “It’s difficult to say how many visitors to expect, but we hosted TITANIC which brought in 50,000 people, so we are expected north of 50,000 visitors and likely closer to 70,000.”

The exhibit was made possible with the help of the Ontario Cultural Attractions Fund Program.

Lisa MacLeod, Minister of Heritage, Sport, Tourism and Culture Industries said in a press release: “I’m proud that our government is supporting THEMUSEUM with an investment of $150,000 through the Ontario Cultural Attractions Fund program. Our investments through the OCAF program truly have spectacular cultural and economic benefits that boost our province’s financial bottom line, as well as strengthen our unique cultural identity. World-class experiences such as this, delivered safely, will be an important part of our economic and social recovery, attracting visitors and further showcasing Ontario as the world in one province.”

Next year marks the 60th year the Stones have been performing. “The Rolling Stones are like kryptonite for me,” chuckles David. “For Boomers, this exhibition will remind us of our youth, while for my 28-year-old daughter, it is a chance to see how important this rock band was to pop culture and music today. This exhibit is sure to bring ‘Satisfaction’ to everyone!”

In the Rolling Stones’ nearly 60-year journey, the band has produced 30 studio albums, 33 live albums, 29 compilation albums and 32 box sets. The band was ranked second on Billboard magazine’s “Greatest Artists of All Time” and fourth on Rolling Stones magazine list of “Greatest Artists”. The Rolling Stones was one of the first bands to write their own music, which combined inspiration from blues, pop and rock. Throughout the decades, the band has continued to evolve and release new music that continues to inspire artists today.

Tickets for UNZIPPED are available in person at THEMUSEUM www.themuseum.ca and online at www.unzippedkw.ca. Tickets are $29.99 for adults, $24.99 for post-secondary students and $19.99 for children ages 14 and under — with best value days, family passes and group discounts also available.