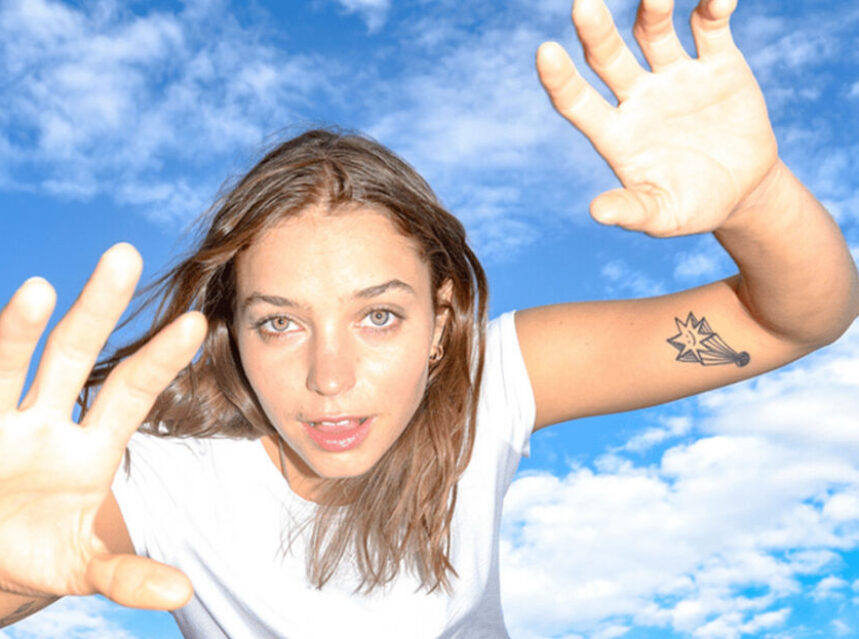 Today, PACKS is sharing a third single from the upcoming debut LP Take The Cake, due out on, on May 21st. The sneakily infectious “Two Hands” is premiering this morning with NYLON.  Significant excitement has been building around the Toronto band since they announced the album in early March. Take The Cake tol be released on Fire Talk Records (Dehd, Patio, Mamalarky) and Royal Mountain Records (Wild Pink, Alvvays, Mac DeMarco), has seen two singles so far in “Silvertongue” and “New TV,” which have been the subject of some high praise. FADER is comparing their “reluctantly anthemic slacker rock” to Pavement and Speedy Ortiz, while Stereogum, Exclaim and So Young drew parallels to Sonic Youth and Best Coast, alongside “best of the week” nods from outlets like NPR, BrooklynVegan, Gorilla vs Bear and Paste.

WATCH: the video for PACKS’ “Two Hands” on NYLON // YouTube

Memorably invoking a “Simpson’s sunset” in its opening lyric, the short (just over two minutes) catchy track delivers a hazy jangle that forms the perfect frame for PACKS leader Madeline Link’s laid back melodic acrobatics, and the accompanying video, which Link directed herself, reflects the song’s springtime feeling.

“This song is quite literal!” Link tells NYLON. “On the walk home with muddy shoes and a light, almost delirious feeling in my chest that only stomping around in the mud can bring, I started humming the tune and the lyrics followed. A walk can transform your outlook on life, whether you are enraptured by a sunset full of colours only imagined in cartoons, you receive a sweet acknowledgement of existence from a stranger, or you get into a yelling match with a raving skeletor.”

Take The Cake will be released on May 21st via Fire Talk & Royal Mountain Records. It is available for preorder here.