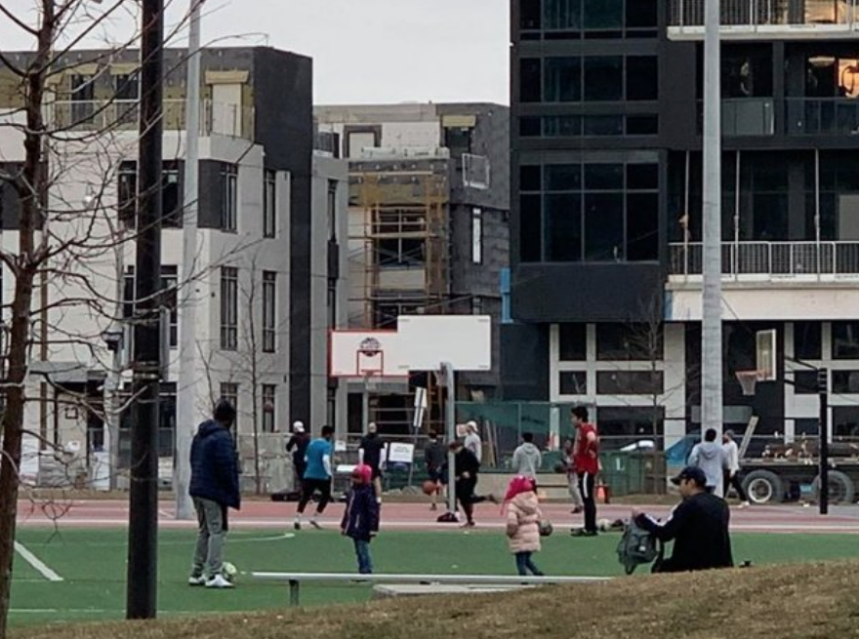 Toronto Mayor John Tory has been very vocal about residents ignoring park closure signs and barriers. But after numerous reports of people jumping fences and barriers, ignoring closure signs and continuing to play on basketball courts, soccer fields and in playgrounds, the Mayor said enough is enough. He announced that the fine is $750 if caught and Toronto Police will be out laying down fines.

“The time is up for those who don’t want to listen or care, and for them we won’t hesitate to issue $750 ,” said Tory on social media. “to make sure people get the message, parks crews were out today blitzing hot spots with @TorontoPolice and bylaw officers, closing parking lots where necessary.”

Local citizens were very quick to call out fellow Toronto residents out of concern for disobeying the physical distancing rules.

It seems some Torontonians are either completely unaware of the new rules during the pandemic or they are just plain ignoring local government, media and the barrage of COVID-19 information on social media.