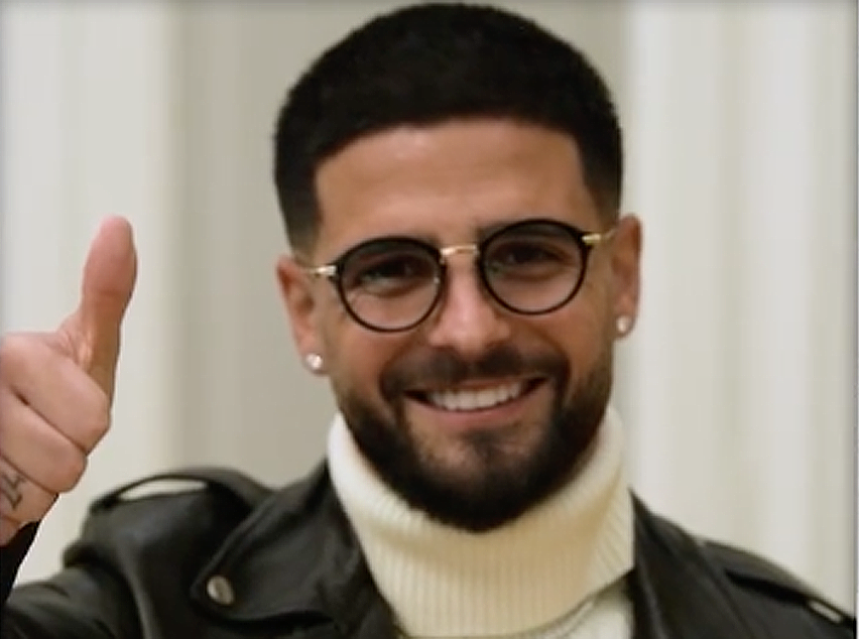 TORONTO, ON, Jan. 8. 2022 – After much speculation and finger crossing by TFC fans, Toronto FC announced today that Italian international winger and Napoli star, Lorenzo Insigne has signed a pre-contract to join the club on a four-year deal to begin on July 1, 2022. Insigne, who recently won the European championship with Italy, will be new head coach Bob Bradley’s first signing and it is expected to be a Toronto FC and MLS record-breaker. The Athletic and SI suggest it will be around $15 million per season.

Insigne, 30 will join Toronto FC as a Designated Player on a 4-year once the current Serie A season concludes on July 1, 2022. So TFC fans will have to wait a few months after the start of the MLS season before they will see the Italian star wearing TFC’s familiar red at BMO.

“This is a historic and exciting day for our club,” said Toronto FC President Bill Manning. “Lorenzo is a world class attacking player in the prime of his career. He was a European champion with Italy and has performed on the biggest stages during his club career with Napoli. Lorenzo has the talent to change games. He plays the game with joy and passion, and our fans and supporters are going to love watching him as a member of our team.”

The signing of a footballer with Insigne’s talent is expected to help right the good ship TFC after one of its worst seasons in team history, finishing with a record of 6-18-10 in 2021.

Insigne, 30, will join Toronto FC after spending most of his career with Serie A side Napoli, where he’s made a combined 416 appearances, scoring 114 goals with 95 assists across all competitions (Serie A, Coppa Italia, Super Cup, UEFA Champions League and UEFA Europa League). In 11 seasons with Napoli, Insigne won three titles including: Super Cup (2014/2015) and Coppa Italia (2013/2014 and 2019/2020). In March 2021, Insigne was selected Serie A MVP of the month, after scoring three goals and registering one assist in four games. He has served as the club captain since 2019.

Prior to Insigne, TFC’s biggest signing was none other than Sebatian Giovinco back in 2017 at $7.1 million per season, while the biggest MLS contract to date has been Ibrahimovic’s at $7.2 million with the LA Galaxy. To put things even more into perspective, David Beckham’s Galaxy contract in 2007 was $6.5 million.

“We are all looking forward to having Lorenzo join us this summer,” said newly hired Toronto FC Head Coach and Sporting Director Bob Bradley. “His ability to create chances for himself and his teammates is special. Having watched him for many years, I also know he’s also a player who works for the team. Lorenzo is the kind of player you come to watch, because there’s always a chance, he’ll do something unforgettable.”

Who is Lorenzo Insigne?

Born in Naples, Insigne began his professional career with Napoli, his hometown club, in 2009 and made his Serie A debut at the age of 19 on January 24, 2010, in a 2-0 win against Livorno. He played the remainder of the season on loan at Cavese (Serie C, Italy), making 10 appearances. In the 2011-12 season, Insigne was loaned to Foggia (Serie C) where he made 33 appearances and registered his first professional goal on August 14, 2011. Insigne went on a short loan spell to Pescara (Serie B) during the 2011-12 season, where he made 37 appearances and scored 19 goals, before returning to Napoli.

Internationally, Insigne has earned 53 caps and scored 10 goals with the Italian National Team (Azzurri). In 2021, he won the European Championship with Italy after winning 3-2 in a penalty shoot-out against England. He received his first call up to represent Italy in September 2012 for the 2014 FIFA World Cup qualifying matches. He made his debut for the Azzurri on September 11, 2012, when he came on as a substitute against Malta, and scored his first goal on August 14, 2013, in a friendly match against Argentina. He also represented his country at the youth level with the U-20 and U-21 teams.

by Terry Lankstead with extensive notes by Toronto FC