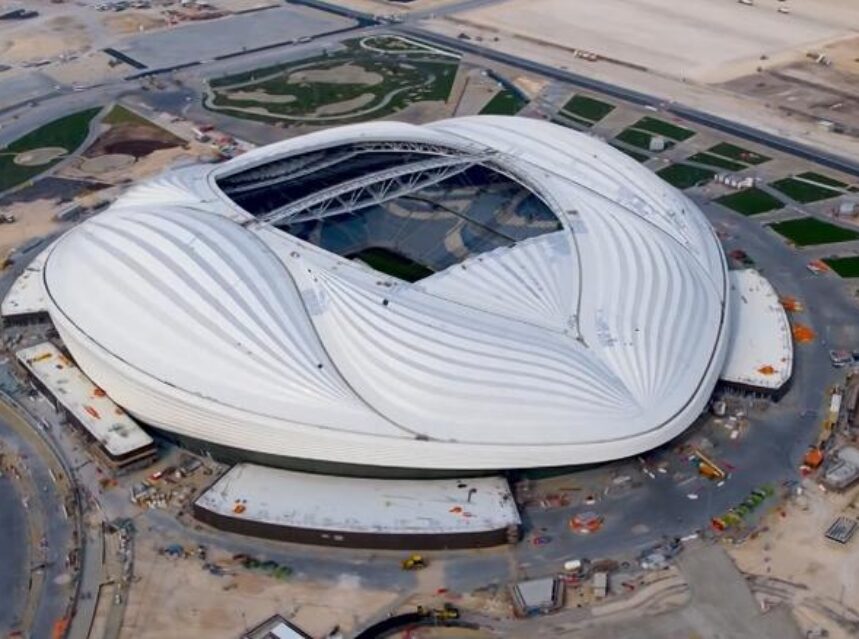 Canada are one large step closer to qualifying for the FIFA World Cup in Qatar 2022. 2021 proved to be an incredible year for Canadian soccer as both senior teams upset the odds to make history – providing the backdrop to a year of anticipation to look forward to in Qatar 2022.

The women’s national side stunned old foes the United States on their way to a first Olympic Soccer Gold for the nation in 117 years, whilst the men’s team have taken almost everybody by surprise with a remarkable upturn in fortunes that leaves them on the brink of World Cup qualification.

For Bev Priestman’s women, led by heroic captain, record appearance-holder and all-time leading goalscorer Christine Sinclair, their march to victory in Tokyo was full of surprises. They remained unbeaten throughout the competition, drawing 1-1 with host nation Japan and also a Great Britain team made up mostly of England’s roster, as well as beating Chile 2-1 in the group stage.

If those results against some top ten-ranked opponents weren’t already making fans sit up and take notice, beating Brazil in a penalty shoot-out in the quarterfinals and then shutting out the number one team in the world, United States, 1-0 in the semi-finals certainly did.

Their magical Games ended in a tense penalty shoot-out victory over Sweden to clinch the historic first Olympic Gold medal in soccer for the country since a men’s representative team in 1904.

Next year they can look forward to the SheBelieves Cup in the Spring and then the regional CONCACAF W Championship in the summer, which also acts as a World Cup qualification method.

Meanwhile, for the men’s team something special is happening under the charge of former national women’s team coach John Herdman and a talented group of players led by Bayern Munich’s Alphonso Davies.

35 years on from their only World Cup finals appearance in Mexico ‘86, the team produced some outstanding results in the latest round of CONCACAF qualifying fixtures for the 2022 finals in Qatar to now sit top of the standings.

In this final group section of the qualifying campaign Canada have come through their hardest challenges not only unscathed but in complete control. They held the United States to a 1-1 draw away from home and stunningly took a win and a draw in their two fixtures against Mexico on their way to an eight-match unbeaten streak.

In fact, this year was the first time since 1996-97 that Canada made it through to the final CONCACAF qualification group, so to currently place above the United States and Mexico heading into the final six matches is a historic achievement already.

The team’s remarkable 4-4-0 record so far has seen:

The main take-away from these games is notably a shift in the balance of power in the region with their impressive results against traditional regional powerhouses Mexico and the United States.

For more than 70 years, El Tri has ruled over this region’s World Cup qualification, making it to the past seven FIFA World Cups in a row and 15 of the last 18 since. But with a memorable victory in front of almost 45,000 fans in Edmonton, Canada gave their hopes of qualifying for only their second-ever World Cup an immense boost.

It was their first win against Mexico in over 21 years, the first on home soil since 1990, and only their fifth ever head-to-head victory in 33 meetings.

Brampton’s Cyle Larin was the star, netting goals to move him level with legendary Toronto FC striker, Dwayne De Rosario as Canada’s all-time leading scorer on 22 goals. But he wasn’t the only hero on the night as goalkeeper Milan Borjan pulled off a miraculous save deep into injury time to preserve one of the biggest results in the team’s history.

They can now look forward to a very favourable final six matches in early 2022 – the only test perhaps coming in the SOLD-OUT home match against the US – and because the top three in the standings qualify automatically, John Herdman’s Red Canucks have one foot in Qatar already.

And the final few steps could lead to Canada’s first of two consecutive World Cup appearances. They are already guaranteed a place as part of a joint-bid with the US and Mexico to stage the following finals tournament in 2026.

From nothing for 36 years to a real possibility of two finals tournaments in a row. With Canada at the top of CONCACAF World Cup group, something probably betting sites in Canada are aware, the odds on that outcome occurring are shortening by the week.

The stunning but convincing win over Mexico in the Edmonton snow to finish the calendar year brought their odds down to 5000/1 from 20000/1 in the summer to actually win the tournament next year.

Of course nobody will be expecting the team to go that far but they certainly look a much better bet to qualify than they ever did and all eyes will be on how they fare when the qualifiers resume at the end of January.

Herdman is well aware that his team cannot let their standards slip if they are to complete the job, with four of those final six games taking place at the southern end of the CONCACAF region. That pressure could pose a mentally tough challenge ahead.

But with the likes of Davies, Larin and 21-year old Jonathan David – who plays in the UEFA Champions League for French team Lille, on fire so far, there has never been a better chance to end Canada’s time in the World Cup wilderness.