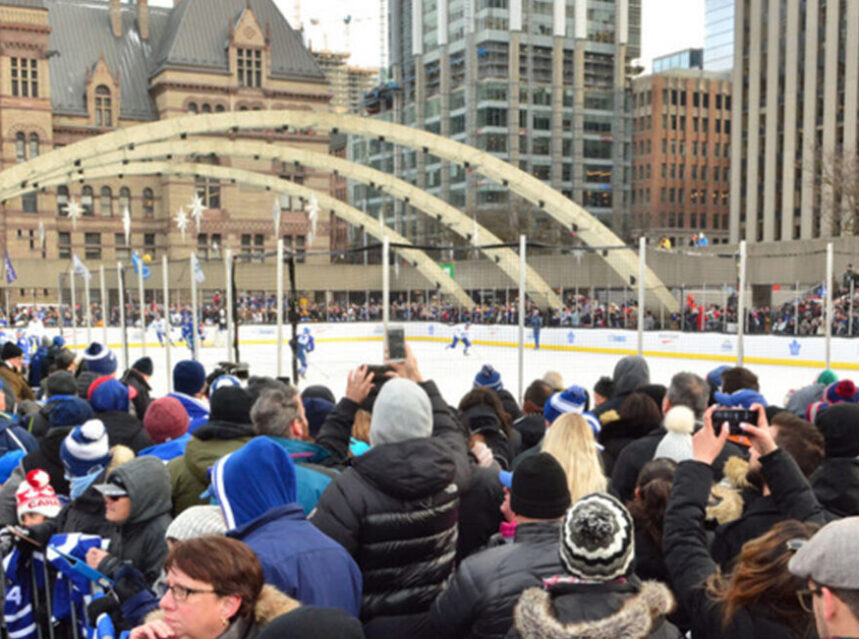 If you are a Toronto Maple Leafs Fan January 9th, 2020 is a day you will want to mark down on your calendar for a public viewing of a Leafs outdoor practice.

The Toronto Maple Leafs will be holding an outdoor practice at Nathan Phillips Square rink, located near Queen and Bay Streets at 11 a.m. The Leafs will also be having a little three-on-three tournament around noon.

The Toronto Maple Leafs head office announced on twitter that they will be taking the game “back to its roots.”

The outdoor practice is free and seats are first come first served.

There will be open public skates during the day so bring your skates.

Other events planned that weekend:

• Olympic athletes will be showing of their skills in a competition on Saturday January 11, 2020

• Toronto Maple Leafs alumni will have a small scrimmage Sunday January 12th, 2020 ahead of a screening of the Leafs playing the Florida Panthers.

Fans keep your eye out on Toronto’s public transit that weekend because last year some players road the TTC to Nathan Phillips Square in full gear.

Duke and Duchess of Sussex, Harry and Meghan will spend the Holidays in Canada

Travel tips for the busiest travel day of the year