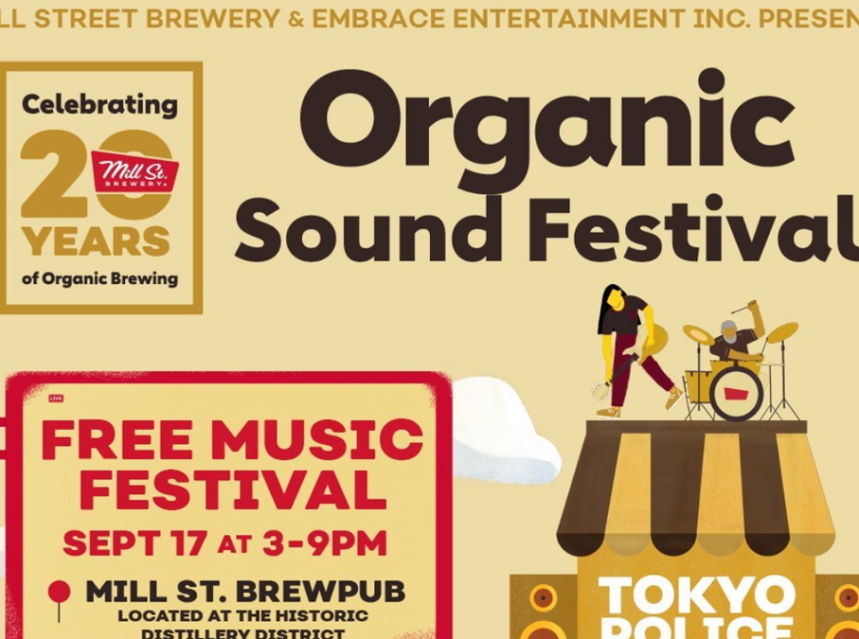 TORONTO, Sept. 6, 2022 – Although to some it may be hard to believe but this September, Toronto’s own Mill Street Brewery is celebrating 20 years of brewing in the Distillery District and exciting curious craft beer enthusiasts. To mark the occasion, the brand has curated a lineup of events including a music festival and two limited-edition product releases timed in tandem with this year’s Canada’s National Organic Week (September 12-18).

What began as a small brewing operation in a little red brick building in Toronto’s historic Distillery District back in 2002, has grown to a provincial craft beer staple. Some important chapters in the Mill Street Brewery story include:

“Original Organic Lager was the first beer we ever made, and the first ever organic beer brewed in Ontario,” said Daryl Minor, President Mill Street Brewery & Brickworks Ciderhouse. “To celebrate how far we’ve come in two decades of brewing, the annual, national celebration of organic food, farming and products across the country seemed a perfect fit to raise a toast to organic brewing – past, present and future.”

The Toronto craft brewer is showing no signs of slowing down, as it ramps up celebrations for its 20th anniversary. Starting September 12th, Mill Street Brewery will be hosting several exciting events throughout National Organic Week in the Toronto Distillery District, including:

Additionally, the brewer is releasing two new organic beers to mark the milestone anniversary, available exclusively at the Mill Street Brewpub in the Toronto Distillery District: