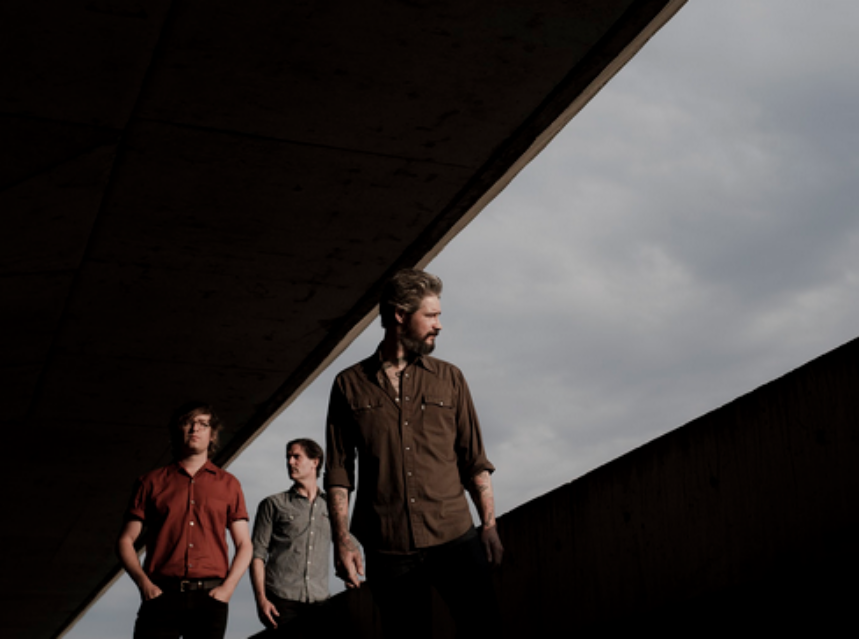 TORONTO, ON, July 21, 2020 — METZ a popular Toronto noise-punk band originally from Ottawa are back with their highly anticipated fourth album on both Sub Pop and Royal Mountain Records, and today they released the first single “A Boat To Drown In” from their new album Atlas Vending. The first release is described as a propulsive, anthemic, hypnotic track that sees METZ return with their crushing brand of noise-rock, but playing subtly with melody in a departure from their more brutal past work.

Recorded by Ben Greenberg (Uniform) and mixed by Seth Manchester (Daughters, Lingua Ignota, The Body), Atlas Vending, expected to be released on October 9th, has METZ sounding louder and bigger than ever before. It is undeniably a METZ record, their frantic energy still perfectly represencaptured, but they’re incorporating twisted melodies and writing songs that require a little more patience.

Still pissed off and still angry, they’re also new parents adapting to adulthood, channeling their frustrations through their unstoppable music in a more dynamic and interesting way, and the result is the most compelling material from them yet.

Here’s the video for “A Boat To Drown In”:

The first single from Atlas Vending, “A Boat to Drown In,” is, according to METZ’s Alex Edkins, “…about leaving a bad situation behind. About overcoming obstacles that once held you back, rising above, and looking to a better future. The title refers to immersing yourself fully into what you love and using it as a sanctuary from negativity and a catalyst for change,” said Edkins.

The song’s driving guitars and bass seem to channel Killing Joke at their punkiest best, mixed in with the energy of Sonic Youth on speed and a barrage of sound not unlike 90s Brit shoegazers My Bloody Valentine but that’s where the comparisons end. The tune is contagious and best played cruising along the Gardiner Expressway with the windows open and sunroof open. It will make you grit your teeth and bop your head.

The new video for the track, Directed by Tony Wolski, visually enhances and expands on these ideas. Wolski says: “The song has a beautiful, crushing numbness to it that we wanted to mirror in the visual. So we chose to romanticize our main character’s descent into her delusions of love and togetherness. At a time when everyone’s simultaneously coping with some sort of isolation, a story about loneliness—and the mania that comes with it—seems appropriate to tell.”

Bolstered by the co-production of Ben Greenberg (Uniform) and the engineering and mixing skills of Seth Manchester (Daughters, Lingua Ignota, The Body) at Machines with Magnets in Pawtucket, Rhode Island, Atlas Vending, the band’s fourth full-length album, sounds massive, articulate, and earnest.

“Change is inevitable if you’re lucky,” says guitarist/vocalist Alex Edkins while talking about Atlas Vending. “Our goal is to remain in flux, to grow in a natural and gradual way. We’ve always been wary to not overthink or intellectualize the music we love but also not satisfied until we’ve accomplished something that pushes us forward.”

The music made by Edkins and his compatriots Hayden Menzies (drums) and Chris Slorach (bass) has always been a little difficult to pin down. They say their earliest recordings contained nods to early ‘90s DIY hardcore, the aggravated angularities of This Heat, and the noisy riffing of AmRep’s quintessential guitar manglers, but there was never a moment where METZ sounded like they were paying tribute to the heroes of their youth. If anything, the sonic trajectory of their albums captured the journey of a band shedding influences and digging deeper into their fundamental core—steady propulsive drums, chest-thumping bass lines, bloody-fingered guitar riffs, the howling angst of our fading innocence.

With Atlas Vending, METZ not only continues to push their music into new territories of dynamics, crooked melodies, and sweat-drenched rhythms, they explore the theme of growing up and maturing within a format typically suspended in youth. Look for it October 9th but for now you will have to be satisfied by enjoying its first single.