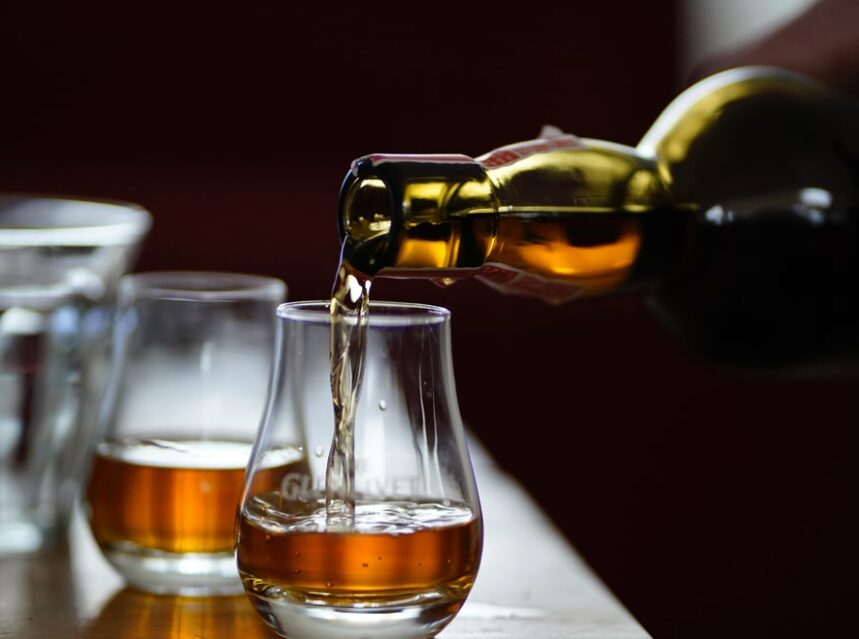 TORONTO, August 2, 2022 – What Makes A Good Whisky? – Although taste is a subjective experience, we can all tell good whiskey from a basic one. From a simple standpoint, one is clear and you’d be happy to drink it without anything to buffer it. The other works best when mixed with something else.

Drinking A Whisky Without A Buffer

The best way to pick a good whisky is to see how complex it is. A basic whisky might be nice, but you’re probably getting more complexity in its flavor when you’re mixing it in a cocktail.

This isn’t a bad thing, of course. Cocktails are delicious drinks, but a whisky that has a distinguished flavour would lose all of that detail when mixed with other ingredients. But a whisky with just one flavor will be enhanced by the concoction.

Aged whiskey is a whiskey that has sat in the barrel for a long period. As a general rule of thumb, the older the whiskey is the better quality you end up with. This is because the liquid has had more time to settle into the flavours of the barrels.

The process happens when the temperature of the barrel changes. As the temperatures change, the barrels expand or contract. As they move oxygen is filtered into the whiskey without any liquid dripping out. With more oxygen, the whiskey becomes clearer and absorbs more flavor.

There is a difference between aged whisky and gone-off whisky. One is the process of adding flavor and the other is when bacteria gets into the bottle adding mold to the ingredient list. When it comes to flavor whiskey aging vs whiskey going bad is an easy distinction to make.

The 8 Flavours Of Whisky

Good whisky will have a mixture of these 8 flavors. Their complexity will marry two or three of these tastes into one.

The 8 whisky flavours are:

Some of these will be easy to imagine. For example, a fruity flavor could be citrusy, or a deep plum. Whereas others might take some imagination.

Feinty flavorus are leathery and tobacco adjacent, whereas winey flavors are nutty or oily.

Cereals are yeasty or malty, whereas sulphurics are sandy or rubbery.

It isn’t uncommon to find standout flavours, such as oakwood, in a good whiskey. But a lot of classic and new brands try to create top-quality whiskeys by allowing new flavors to merge.

From one sip of the beverage, you could begin with a citrusy cut, which mellows into a sandalwood relaxing flavor and finishes with a tobacco depth.

Each Grain And What To Expect

Whisky is made from grains, but there are 4 types of grains the brewery could use – barley, corn, rye, or wheat.

Each one has its own flavour and they are all as good as the other. However, the number of grains used can dramatically affect the quality.

Scotch whisky is made using barley. It’s a strong grain that often creates cereal or peaty flavors. To make sure the barley-based whiskeys have a smooth texture, they need to have a long time in the aging process. This will cut the harsh bite that cheap or low-quality barley-based whiskies can produce.

It’s common to find port barrels or sherry barrels used in barley-based whiskey productions, as this creates a delicate spicy or fruit flavor that mixes well with cereal and peaty beginnings.

Bourbon whiskeys are normally made with corn. In fact, to be considered bourbon, the whiskey needs to be made in America with at least 51% corn mash.

This whiskey is extremely easy to drink. It has a honey flavouring, which can be compared to cream or marshmallows.

Rye has a naturally nutty and spicy flavour, so when you see a whiskey made from rye you can expect a kick.

Technically a rye whiskey can only get its name if it has been aged in oak barrels from America and has at least 51% rye mash. But rye has its own flavor as distinct as the rest.

Good whiskey has had time to age, with detail added to its flavours. You can tell from the first sip if it was designed as its own beverage or as an ingredient to another.

other articles from totimes.ca – mtltimes.ca – otttimes.ca