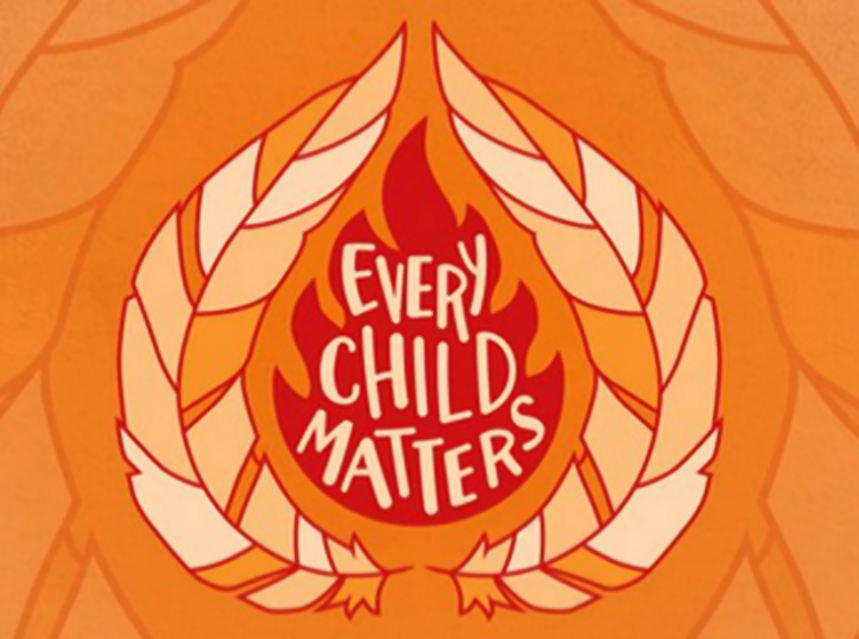 Since 2013, Orange Shirt Day occurs annually in Canada on September 30 in honour and remembrance of the thousands of Indigenous children who were forced to leave their families and taken to residential schools in Canada. In fact, it has now been designated as a Public Holiday for National Day for Truth and Reconciliation. But the ongoing findings of children’s remains in unmarked graves at residential schools, most recently at two schools in British Columbia and one in Saskatchewan, has many Canadians changing the way they spend Canada Day.

Normally a cause for celebration, waving Canadian flags and wearing red and white, on this Canada Day across social media and within households, many Canadians are now seeing the national holiday as an opportunity for sombre reflection. They are also inviting fellow Canadians not only to wear orange. but also to take action.

In Toronto, Mayor John Tory and thousands of supporters took part in the ‘Every Child Matters Walk’ this morning. Organised by Toronto Council Fire Native Cultural Centre located at 439 Dundas St. E., where the slow walk commenced, the “Every Child Matters Walk’ continued through the Yonge-Dundas area to City Hall to honour and support former students of Residential School and the 1000s of children who perished while attending Kamloops-Brandon-Cowessess.

In addition to the walk, Mayor Tory also said that the Toronto sign will be lit orange on Canada Day in honour and support of the former residential school students and thousands of Indigenous children who perished.

The sentiment of wearing orange was inspired by Phyllis (Jack) Webstad’s traumatic story about when in the mid-70s, at the age of six, she arrived at a Mission school in BC and was stripped of all her clothes including her orange t-shirt, lamenting that she was never able to wear it again.

“I didn’t understand why they wouldn’t give it back to me, it was mine!” writes Webstad. “The color orange has always reminded me of that and how my feelings didn’t matter, how no one cared and how I felt like I was worth nothing. All of us little children were crying and no one cared.”

Wearing orange on Canada Day is more than just a fashion statement. It is also part of a call to action by the Ontario Native Women’s Association (ONWA) asking Canadians to “join us and #WearOrangeOnCanadaDay as a call to all levels of government to immediately implement all Truth and Reconciliation (TRC) 94 Calls to Action; an important step in rebuilding Canada’s relationship with Indigenous peoples.”

The ONWA says reconciliation takes more than words, it takes action. Citing that over 150,000 children were forced to attend residential schools across Canada and many never returned home.

“We can see the evidence in mass unmarked graves such as the Kamloops Residential School, the Cowessess First Nation Marieval Indian Residential School, and countless more yet to be identified. We need to support one another and stand collectively in demanding justice on behalf of all Indigenous children. Every Child Matters.”

As part of this call to action, Canadians are asked to read the TRC 94 Calls to Action and do their part in in advancing reconciliation by joining ONWA in writing a letter to the Prime Minister calling for the Government of Canada to immediately assume the following actions to address the discovery of mass graves of Indigenous children:

To be a part of reconciliation, #WearOrangeOnCanadaDay because #EveryChildMatters and join ONWA’s letter writing campaign at: https://www.onwa.ca/open-letter