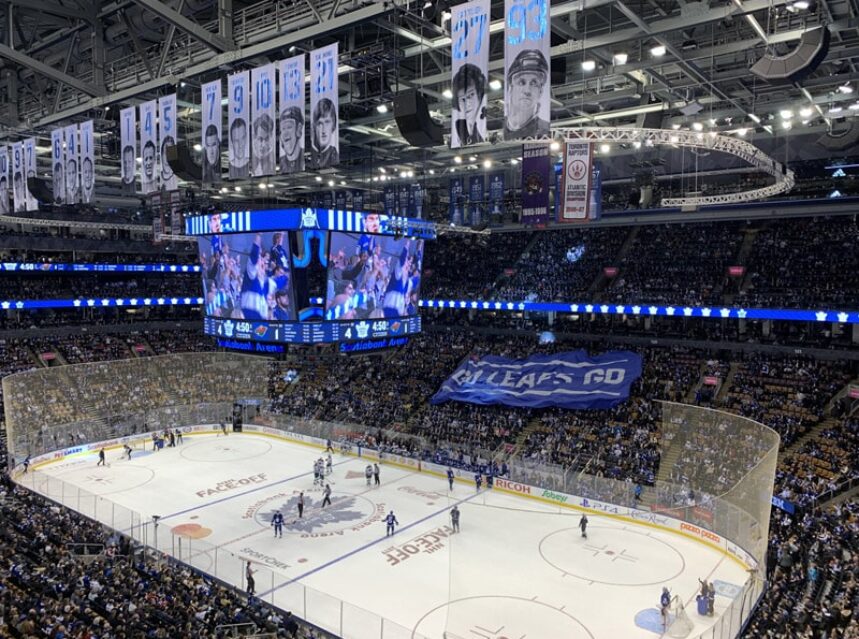 Fans of the Toronto Maple Leafs have been waiting a long time for Stanley Cup success, perhaps too long, considering the iconic trophy was last claimed way back in the late 1960’s. This came at the end of three consistently successful decades, including two cherished dynasty eras in franchise history.

Indeed, thanks to the triumphs achieved all those years ago, the Maple Leafs are still regarded as one of the most successful franchises in NHL history, only surpassed by Detroit Red Wings and the Montreal Canadiens in terms of appearances in the Stanley Cup Finals. However, the numbers have remained pretty static since the last winning appearance in 1967.

Towards the end of the 20th century and at the beginning of the new millennium, the agonising wait for another Stanley Cup success turned into frustration. The Maple Leafs reached the Conference Finals on seven occasions in twelve years, only to fall short in the penultimate challenge of those NHL seasons. Almost two disappointing decades later, the patient wait continues.

Following the last appearance in the Conference Finals at the end of the 2001-02 NHL season, the Toronto Maple Leafs reached the Quarterfinals in 2002-03, and the Semifinals in 2003-04, only to fall short on both occasions against the Philadelphia Flyers. Then the next eleven seasons were marked by arguably the poorest run in franchise history, failing to even make the NHL Playoffs in all but one of eleven campaigns.

Towards the back end of that run, Mike Babcock arrived as head coach ahead of the 2015-16 season, following an excellent spell of ten years with the Detroit Red Wings which included a Stanley Cup triumph in 2007-08. Nevertheless, things actually seemed to get worse before they got better, as the Maple Leafs finished his debut campaign 8th in the Atlantic Division and 16th in the Eastern Conference

But while there were obvious doubts amongst the fans, the franchise hierarchy remained patient and focused on the rebuild of the roster at hand. The following 2016-17 season, Babcock led the Maple Leafs back to the NHL Playoffs, only to be eliminated in the First Round. That would become a familiar theme in the following seasons, as the team consistently fell at the first Playoffs hurdle, until Babcock was eventually fired in November 2020.

Having achieved miracles with the Sault Ste. Marie Greyhounds, including recognition as the CHL Coach of the Year, Sheldon Keefe arrived at the Maple Leafs franchise in June 2015, taking the helm of the Toronto Marlies affiliate in the AHL. During his time in charge, the Marlies achieved Calder Cup success in 2017-18, making Keefe the ideal head coach successor when Babcock was fired. Thus far, the Maple Leafs haven’t regretted the decision to promote from within.

Setting Sights on the Stanley Cup

During the tenure of Sheldon Keefe as head coach, the Maple Leafs have made strong and consistent progress, giving fans every reason to believe their team is at the very cusp of major success. Although his debut 2019-20 campaign ultimately ended with Qualifying Round elimination in the Playoffs, then First Round loss in 2020-21, there was the undeniable sense of something different when the 2021-22 season concluded.

The Maple Leafs were ousted in the First Round of the Playoffs yet again, although their performance in defeat against the Tampa Bay Lightning was truly inspirations, pushing the back-to-back reigning Stanley Cup champions all the way over seven games. This time around, there was the sense of something different, the feeling that Keefe and this team could actually now be serious contenders.

This is also the early sensation being shared by many of the leading sportsbooks, given the Maple Leafs are actually being priced as one of the Stanley Cup favourites, ahead of the 2022-23 NHL season. Only the Colorado Avalanche as reigning champions can boast shorter odds, although it always helps to find the best online betting sites for true comparisons, which SBO aims to provide in their latest guide filled with site reviews and expert advice.

Speaking of the experts, many of the leading hockey writers and pundits remain cautiously optimistic about the Maple Leafs, increasingly confident they have what it takes to go all the way this season. This is certainly no fluke, following solid roster construction and consolidation in the last couple of years, providing Keefe with all the tools he needs to take this franchise to the next level. Whisper it very carefully, but the wait for success may nearly be over.