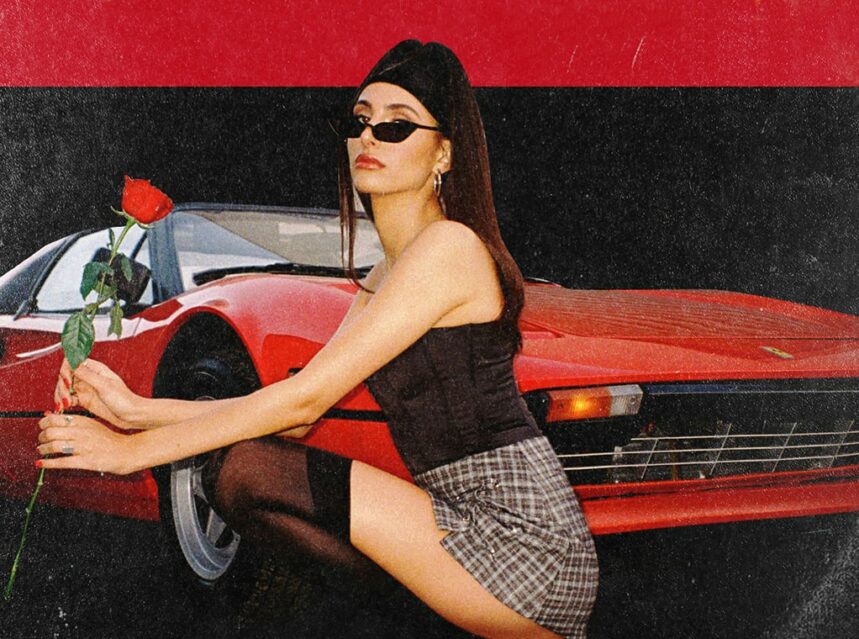 Get to know and understand the mysterious mind of the very promising SAYA in our latest interview ! The uniquely creative Toronto star shares her new ultra retro visuals for her single ”Side Ting” and announce a new EP ”SUGAR COATED” to be released this august.

It’s only been 5 months since we’ve been able to discover Saya’s new music and personality. The experimental Pop fusionist explored multiple styles creating her own unique sound with her previous album release in January 2018, ‘Chills and thrills’! But she is back with an evolved version of herself. More confident, more talented and more unconventional than ever !

The 23-year-old artist did not go unnoticed back in 2016 when she unleashed the R&B infected track ”Wet Dreams’.” The track earned some serious time in the spotlight and she promised to keep challenging the genre boundaries ! Simultaneously holding Canadian, Israeli, Russian and Sicilian backgrounds, Saya‘s enigmatic vision and new material only gets more and more interesting.

Her fusion of funk, pop and old school Hip-Hop which she mixes with her space hypnotic voice, blends together in a mesmerising way. Even more fascinating is her own elusive and mysterious brand of silky pop that she injects with her interest in Classic Horror Films.

‘Side Ting‘ shows that Saya is more than just her music; her bold early 00s inspired style of thigh highs, plaid skirts, and white fringe laced dresses reveals a DGAF attitude that carries through her relaxed yet confident vocal delivery.  Inspired in part by Britney Spears’ song “Mmm Papi,” “Side Ting” was written at a time when Saya says she felt stuck.

“I was lusting for something different and for something more. I tried to depict a playful yet intense visual to go along with the song that almost felt like you were in my head with me.”

With her hew upcoming EP  announced for August, we were very lucky to get an interview with SAYA and learn more about her intriguing passion

First, can you tell us a bit about your life at the moment?
Right now I’m wrapping up my next project, getting ready to release new singles and more visuals.

What is your most recent day-to-day ?  what makes you the most happy ?
I try to get into studio sessions as often as I can, however when I’m not in the studio I’m usually working from home on creative projects, researching, writing, or spending time with the people who inspire me most. Travelling and creating makes me the most happy.

What would you do with your time if you didn’t work in music?
I would probably want to be a creative director.

What are your fondest musical memories as you were growing up ?
Loving Brittany Spears and pretending to be a pop star whenever I had the chance.

You mentioned before that you did a lot of writing, do you exclusively  write song lyrics or other types also ?
When I was younger I liked to write short stories and poetry, which eventually led me to songwriting. I still write a lot of poetry that I end up integrating into songs.

What inspires you the most lately ?
My friends and my boyfriend have been inspiring me… surrounding myself with likeminded individuals who motivate, support but also challenge me.

You also talked about your previous acting and performing experiences. Do you still do some and what did you enjoy the most ?
I’m not acting or doing any other performance art at this point other than playing shows. I hope to get back into acting at some point in the near future it has always been a huge passion of mine.

Which artists are most frequently on your playlist ?
Quincy Got Rich, Nicki Minaj, Trippie Red, Kid Cudi, Ashanti and so many more!

How would you describe your process to compose music?
Sometimes I will freestyle while playing guitar and come up with melodies or lyrics to use when I go into a studio session. Sometimes it starts with free styling melodies and lyrics over a beat. However I prefer when the producer makes the beat as I write the song, as I find it difficult to just write over a beat on a loop. I also like to be a part of the producing process and have input so it becomes a true collaboration.

What was the main inspiration during your last album creation ?
The ideas of success, lust and fantasy.

What are your thoughts on musical genres ? Do you feel like your a specific genre yourself ?
I don’t think much of genre – I appreciate all types of music. I would consider myself to make pop music.

What, in your opinion, is overrated?
Most things.

Opinions on Spotify and streaming services?
Mixed feelings to be honest. Sometimes I feel it’s difficult as an independent artist to penetrate through all the new music. Especially coming from Canada – getting on American playlists is really key to getting streams and sometimes I feel like being from Canada is a disadvantage. However I appreciate the support that Spotify Canada and Apple Music Canada give me and am so grateful to get to be on their editorial playlists.

Any side projects going on right now ?
I’m wrapping up visuals for my next project titled: ‘Sugar Coated’.

Any accomplishments you would really like to achieve ?
I strive to become a better artist and challenge myself daily. I have a huge list of things I want to accomplish and right now my biggest goal is having my music break internationally and start playing more shows/opening up for bigger acts.