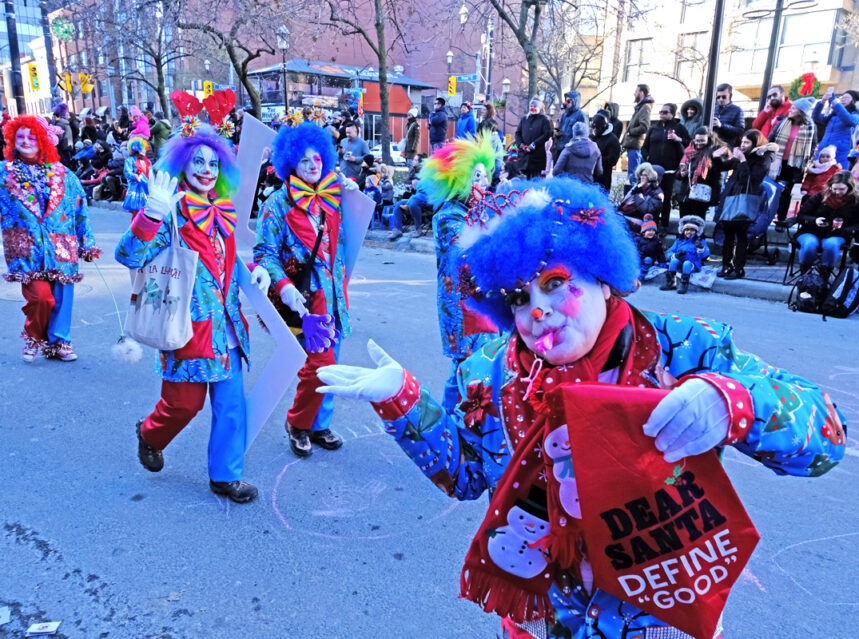 New parade route from Bloor and Parliament, south on University Ave. then east along Wellington pleases thousands on a crisp sunny afternoon in Toronto on Sunday, November 17, 2019. Our photographer Stephen Uhraney captures the main highlights that included Mayor John Tory in a Don Cherry-like Christmas sweater suit, the Toronto Raptors championship float and of course the main attraction, Santa Claus.