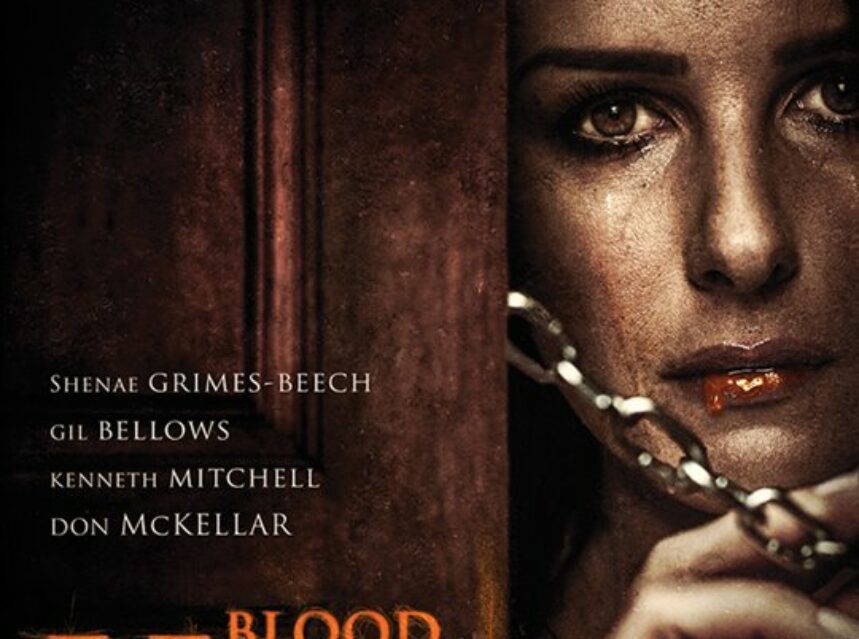 If you’re looking for a new and interesting film to watch, we have a suggestion: Blood Honey. This film is by Jeff Kopas and will open in Toronto at Cineplex Yonge-Dundas location on Friday, September 1 as a one week engagement. If you want a chance to go see the film for free, visit our Facebook page now!

The indie psycho thriller film is about a young woman who goes back to a fly-in island fishing lodge to confront her past. It follows Jenibel Heath (Shenae Grimes-Beech) on her return to her family’s secluded island lodge to help her siblings care for their dying father, 10 years after the mysterious suicide of her mother. Set to inherit the bulk of the family’s estate, Jenibel learns of a horrific plot against her and finds herself stuck in a life-threatening nightmare, where she must struggle to survive.

“The film is influenced by classic old school thrillers such as Rosemary’s Baby, Vertigo, The Shining, and Jacob’s Ladder,” says co-writer/director Kopas. “It is a completely unpredictable and logic-based story we think film fans will really enjoy.”

We spoke to lead actress of the film, Shenae Grimes-Beech about the whole experience. Here’s what she had to say:

1) What was your favourite part about working on Blood Honey?

My favourite part about the experience was the overall challenge. It was challenging as an actor for obvious reasons but also mentally and physically due to the remote location and harsh environment. Our shooting location was absolutely breathtaking but with it being fall, the weather could get really volatile…not to mention, our neighbours included hungry bears roaming around and swimming from island to island pre-hibernation after a bad summer berry season. Getting in the Georgian Bay water mid-fall (which I had to do for a scene in the film) is not something I would recommend to anybody but it was all of these experiences and challenges that made it an unforgettable journey for me!

2) Were there real bees on set and did it scare you?

The bees were the least of our concerns up there to be honest. When you are sharing your living and working space with rattlesnakes and black bears, a bee sting isn’t very intimidating. With that said, I’ve never been stung and I learned prepping for the film that you can’t find out if you are allergic or not until you have been so there was a small concern in the back of my mind about going into anaphylactic shock on a very remote island. At the end of it all, I still came out without a single sting and with a great appreciation for bees and all that they do for us and our planet.

3) Now that you’ve experienced working on a psycho thriller, could you see yourself doing more work in this genre?

Absolutely! I loved the twists and turns of this story and the character I played within it. There is something very exciting about bringing a story like this to life and shooting in the remote wilderness and the bare bones wood cabin that we did really amplified the eeriness of the whole experience. I hope people respond well to it as I’d love to continue working in this genre of film!

To win tickets to this anticipated film, visit our Facebook page.