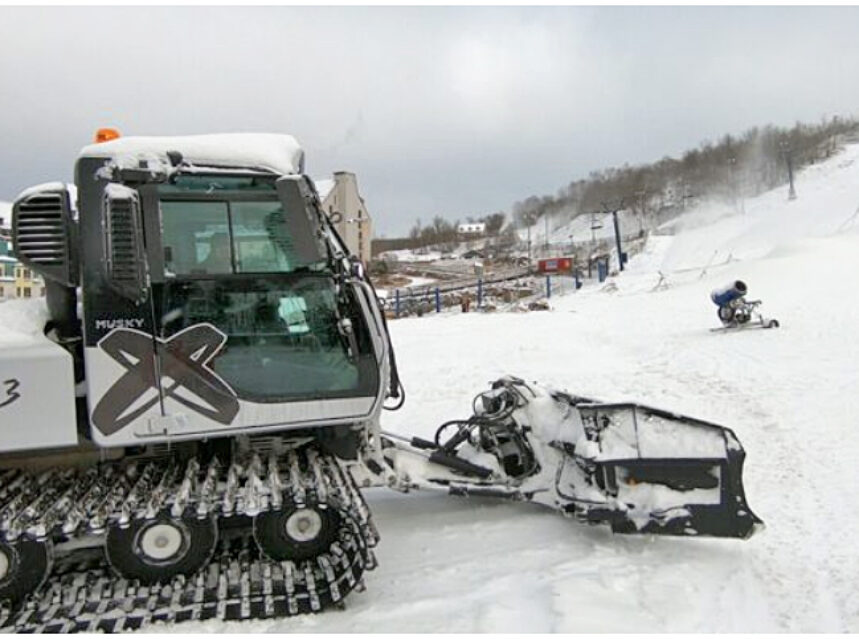 Winter arrives at Tremblant this Friday marking the start of its 2019-20 ski season. Skiers and riders can take advantage of exceptional snow conditions on 17 trails, with linkups from the summit to the north and south side bases.

Slopeside, snow conditions are owed to 200 hours of snowmaking combined with 76 cm of natural snow. The Progression terrain park will be open with a number of features, including medium and large jumps. Please view the Trail Report  for the latest updates.

Owing to a $16M+ investment to further boost its skier, rider and guest experiences, Tremblant is once again unveiling new on-mountain and pedestrian village upgrades and attractions. These include enhanced snowmaking on Versant Soleil, a new on-mountain mobile food canteen called Le Nomade, and new as well, an exhilarating waterplay complex known as waterplay complex known as Brind’O Aquaclub. Of note too, a number of pedestrian village hotel establishments and businesses are also showcasing major renovations.

Unveiling new upgrades and attractions that enhance this winter’s on-mountain experience, opening day activities will be held with members of the mountain and pedestrian village teams:

• 8:00 am: Red carpet rollout at the base of the gondola, with a percussion band adding to the already upbeat mood

• Partners Red Bull and the Sugga, Van Houtte, Smart Wool and Clif bars will also be in attendance to mark the momentous moment

24h Tremblant – December 6 to 8: Participants in the ski, walk and run events meet up for a 24-hour relay race to raise money and provide assistance to sick and underprivileged children;

El Rigleto – December 14: Kids ages 6 and under are invited to attend a snowboard training event hosted by Burton Tremblant;

Super Demo Days – December 14: The biggest names in the ski and snowboard industries gather at the base of the mountain, offering free try-outs of their latest equipment;

Holiday Season Celebrations – From December 25 to January 3: Between 2 and 6 pm, three themes are sure to further brighten the already lively Place Saint-Bernard: Our Traditions, Snow Magig and Winter Fun. Every day, families can join participatory workshops and enjoy interactive musical entertainment, while a DJ and some friendly characters are sure to further boost the fun factor.

Neon New Year’s Eve – December 31: Ring in the New Year in grand style with Tremblant’s Torchlight Parade followed by a Neon New Year’s Eve Party on Place Saint-Bernard ‒ magically revamped into a startlight disco! 2020 celebrations also include fireworks and later, a mountain of fun is expected to be had in the pedestrian village bars.