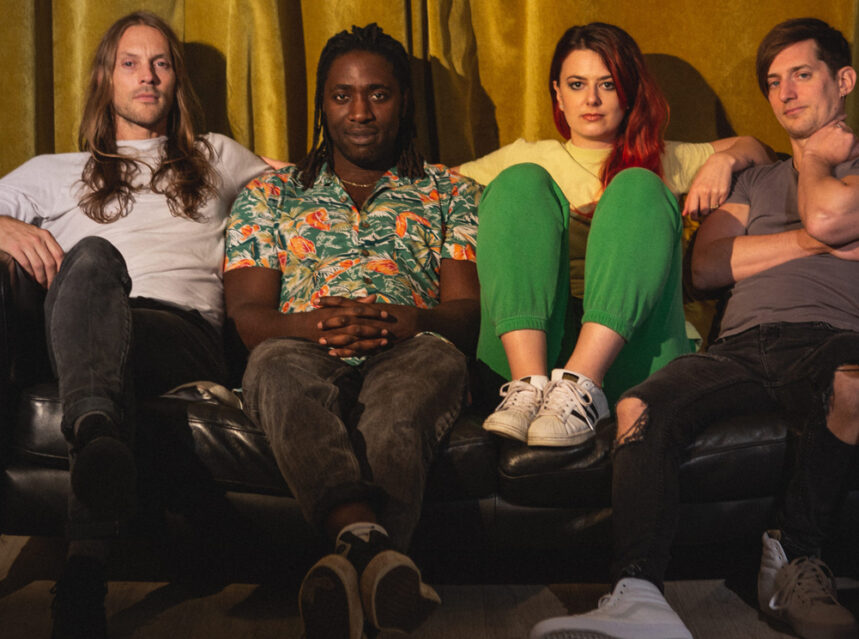 Following last November’s raucous ‘Traps’, ‘The Girls Are Fighting’ continues the band’s return to their classic sound – this time as Kele Okereke narrates a night out gone sour: “The bouncer’s made a movie, upload it to Worldstar … There’s blood on the dancefloor, extensions on the bar.”

Kele says of the track: “There was no specific incident that inspired this song – it was more a composite of lots of things I’ve seen over the years when being in clubs and seeing violence erupt with feuding love rivals. I’ve always had a slight obsession with those sorts of moments; like a fuse being lit, when actions turn from words into violence. You can learn a lot about who people really are in those moments. I think ‘The Girls Are Fighting‘ is kind of self-explanatory – someone’s been selling dreams to someone they shouldn’t have and it’s caught up with them. I just wanted to capture that moment of going from naught to ten in an evening, in a sweaty nightclub. I’m really pleased with the arrangement for this track because it has this 1970s glam rock feel meets Adam Ant feel. I love what Louise is doing on the tom toms,” says Kele.

Bloc Party’s new album, Alpha Games has been a few years in the making, with the first seeds sown during Bloc Party’s string of Silent Alarm shows back in 2018 and 2019. Alpha Games feels breathless and intense; all spiky riffs, propulsive drums and confrontational, narrative-based lyrics running rings around the listener. It is, as Justin Harris describes it, “forward thinking, with a heavy nod to the energy of the past.”

“When we did the Silent Alarm tour I had to listen to that record from start to finish. I haven’t really done that since it was made,” Kele Okereke remembers. “I think that kind of energy we felt when we were performing those songs went some way into informing where we went next… That process definitely informed the music on some level.” Russell Lissack agrees: “It’s natural the influence seeped in. I know personally I felt invigorated by the live reception to playing those songs again, and wanted to capture a piece of that.”

That said, there’s nothing nostalgic or backwards-looking about Alpha Games. This is the first record the four-piece have made with this exact line-up (2016’s Hymns was largely written by Kele and Russell). In that sense, Alpha Games feels like a rebirth of sorts; the core energy of Bloc Party channelled through a fresh new lens. “It was really fun writing with [Louise Bartle and Justin] and seeing what they were capable of seeing; the new shapes and the new sounds they could make,” says Kele.

“I am happy to have been able to play on a record finally!” adds Louise, who first joined them for the Hymns and Silent Alarm tours.

To celebrate the release of Alpha Games, Bloc Party will be touring the UK and Europe in May and June 2022, including a homecoming show at London’s Alexandra Palace. It will be their first tour since their huge 2019 shows, where they performed their seminal debut album Silent Alarm in full across the UK, Europe and North America. Tickets for the tour are available now via http://gigst.rs/BPa.