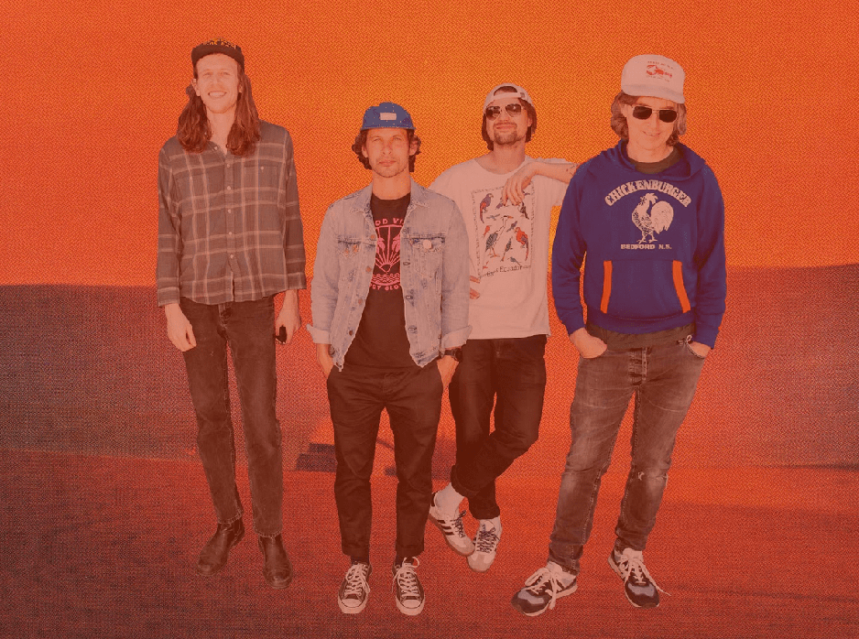 With a swarming and expansive narrative, paired with an excellent animated video by Justin Hess, Versteeg explores what it means to move on in the face of loss, to continue to persevere through heartbreak, and to examine events from different perspectives to gain a fuller understanding. On the track, he explains: “This is the story of a fortune teller named Hyacinthe, who was raised in the circus by her father, the lion tamer. One day, Hyacinthe looks into her crystal ball and sees her father being eating by the lions. Despite her pleading, her father refuses to look in the ball to see his blood soaked fate. Sure enough, the gruesome scene transpires and her father is eaten alive.”

He continues, “Hyacinthe is tormented by nightmares and in every fortune she reads she sees nothing but darkness. On a stormy night outside of Denton, TX, she is walking by the lion cage. The beasts whisper to her, to stick her head in their cage so they can end her suffering. As her life flashes before her eyes, she immediately regrets choosing to end her life, but as she recoils, her head gets stuck between the bars of the cage and she blacks out. Fortunately, the Contortionist named Karloff sees this happening and uses his powers of contortionism to climb into the cage and help free her head from the bars.”

“She awakes with a new outlook. Karloff is constantly standing on his head or walking on his hands and the two of them discuss the importance of looking at everything from a different angle. In a circus life, an alternate view, and a friend to share it with, is the only thing that can keep you sane. That’s the story of Hyacinthe and The Contortionist.”

The forming of a Canadian supergroup

A few summers ago back in 2019, some friends from four of Canada’s most notable bands – Dave Monks (Tokyo Police Club), Sam Roberts (Sam Roberts Band), Menno Versteeg (Hollerado), and Chris Murphy (Sloan) – got together to write some songs. Menno Versteeg had called Sam Roberts who was actually in the bath at the time (true story!) and the band essentially just came from a mutual respect that had blossomed over years of playing gigs together in their respective bands on the road!

They mostly made dad jokes but also jammed on a bunch of songs they all had lying around. After bitter and lengthy negotiations, a 3 chord rule was implemented. This made sense for Sam and Dave’s songs, but required Chris to drop between four to six chords from his and forced Menno to add two.

They recorded a bunch of stuff in a few days and over the year added some ideas here and there and all of a sudden they realized they kinda had an album so they said let’s name ourselves the first thing they thought of and release it. Anyway, they ended up being called Anyway Gang. Their first single, “Big Night“, went to #1 at Alternative Radio. They decided to celebrate by playing exactly one show, at the Horseshoe Tavern in Toronto. The show sold out in a matter of minutes, so they decided to quit while they were ahead and not do any more shows.

Well it’s now 2022, and the band is back with “Alternate View”. This time they even added a 4th chord to the song, and worked in a real studio with producers Gus Van Go (Metric, Arkells) and Nixon Boyd (Hollerado, Dizzy).

All the band members are actually all with different labels but Anyway Gang is coming out on Royal Mountain Records, which is actually owned by Menno Versteeg!

Anyway Gang’s “Alternate View” is out now via Royal Mountain Records. It is available here.