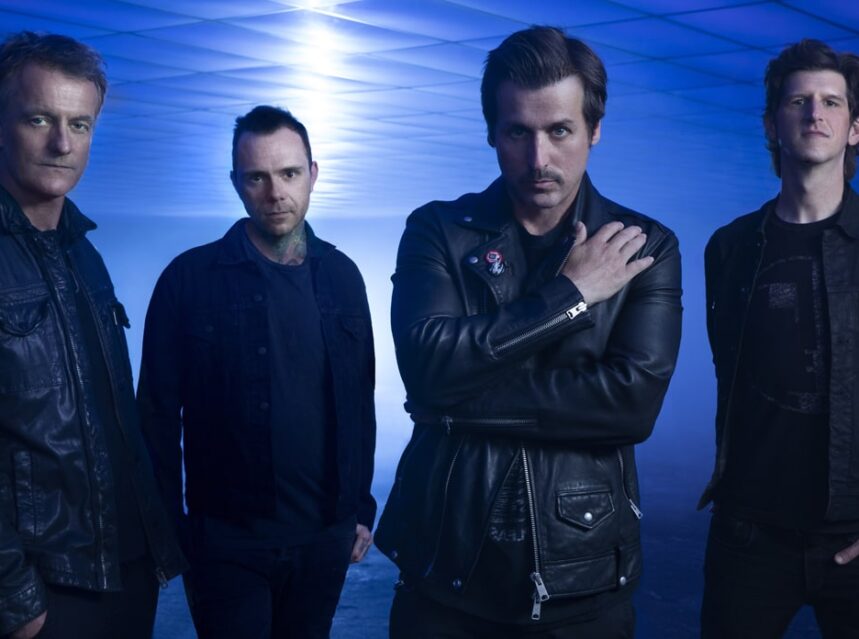 TORONTO, ON, January 298, 2022 – Multi-platinum alt-rock band Our Lady Peace have just released the sequel to their critically acclaimed 2000’s album ‘Spiritual Machines,’ a record which has become a pillar of early 2000’s alt rock and a prime example of the band’s creative brilliance. ‘Spiritual Machines II’ serves as the answer to the 2000 LP which was influenced by inventor and futurist Ray Kurzweil’s book “The Age Of The Spiritual Machines” and marks an uplifting new chapter for OLP, carving out a new genre that is best described as future rock, with each song crafted to represent the new predictions for our future as a society.

“I wasn’t sure OLP was capable of this album,” stated front man Raine Maida. “I definitely wanted to make an album like this but knew the stars would have to come together to get even close. Those stars came in the form of Dave Sitek & a pandemic. Dave was our guide on this rhythm-based, sonic experiment and the lockdown allowed us to take our time, and not force anything.”

Produced by TV On The Radio’s Dave Sitek (with additional production by Jason Lader on three tracks), the album features the return of Kurzweil with new predictions such as near-future with UBI (Universal Basic Income), AI that will pass the Turing Test by 2029, and sustainable solutions to ending global hunger and poverty. ‘Spirtual Machines II’ includes track “Stop Making Stupid People Famous,” featuring Nadya Tolokno of the iconoclastic feminist Russian group Pussy Riot, serving as a reflection on society’s preoccupation with celebrity influencer culture.

Other album highlights include the ironic feel-good of “Future Disease,” and “Holes,” a sister song to early OLP classic “Superman’s Dead” that uses a descending single-note guitar synth riff to make us feel like we’re sinking into life’s darkness. “19 Days” asks: How do we heal, and has technology hurt or helped us in that repair? Album closer “Temporary Healing” gives an answer: No matter how hard it is, we must honour that journey to heal. “Run” reminds us of the very human contradiction of escape, to flight or fight, while “Simulation” shows us the technological contradiction of progress.

The first ‘Spiritual Machines’ wasn’t a typical mainstream rock record, it had anthemic guitar hooks next to literal predictive modelings addressing a future dependent on AI and the legal rights of computers. Raine Maida, the singer and co-founder of Our Lady Peace, stated: “Twenty years later, ‘Spiritual Machines’ predictions have mostly come true, 86% to be exact. Now, new predictions must be made for the future — and with groundbreaking advances in technology, there’s reason to celebrate.”

Earlier this month, the band had a successful sell-out of all 500 non-fungible tokens (NFTs) of the album and are the first band to deliver NFTs to fans in real time at live events. Using front man Raine Maida’s newly launched Drrops app, fans at their recent USA shows were able to redeem exclusive music, merchandise, and live moments based on their Geo-located presence at the venues.

They also introduced their Future Famous program, which recognizes a wide range of exceptional people in different fields (science, environmentalism, music, art, etc) who are making a real difference in the world. Learn more at www.futurefamous.org.