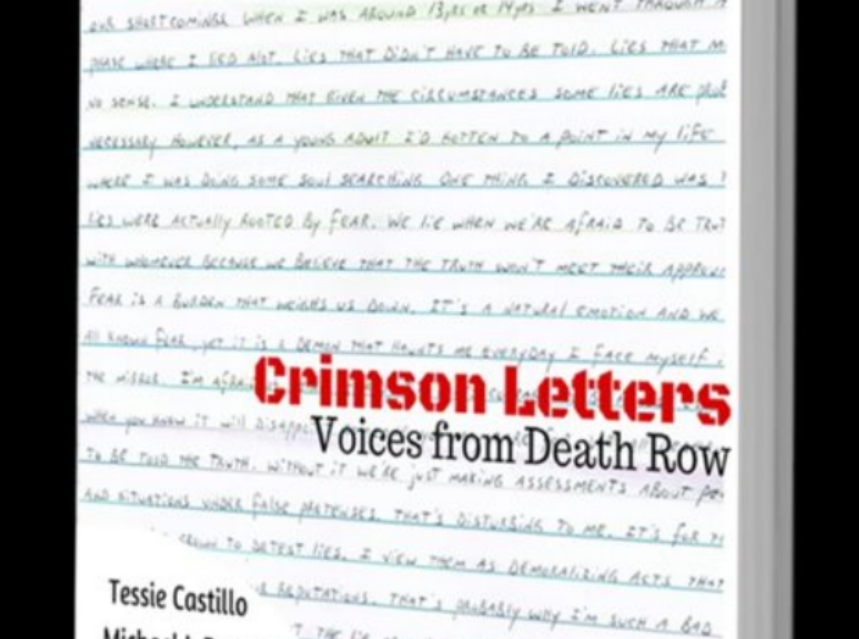 May 28, 2020 — Whether it be from Alcatraz, San Quentin, Soledad, Kingston, the Birmingham Jail or Devil’s Island, written first-hand accounts from behind bars of some of the world’s most notorious prisons by the people who are serving hard time, make for compelling reading. Papillon by Henri Charriere and Cell 2455, Death Row by Caryl Chessman are two glaring examples of this. Such books serve two purposes: to give readers a realistic, no-holds-barred look at the harsh world of prison life, and to scare them straight, to live a life free of crime so that they should never end up in this concrete hell on Earth.

Tessie Castillo, a freelance writer based in Raleigh, North Carolina, served as a community volunteer at one of the state’s notorious penitentiaries (Central Prison) to conduct a journaling program with its inmates, particularly those who resided in death row.

Throughout her time there, Ms. Castillo realised the human side to these inmates, and that their respective roads to death row were a result of the difficult circumstances they experienced during their upbringings and socio-economic environments. And to top that off, the brutal conditions in the penitentiary had them all existing in a world of violence and fear.

This compelled Ms. Castillo to write an editorial in the Raleigh News & Observer, in which she stated: “I don’t see heartless killers, though they might have killed in a moment of heartlessness. I see anger problems, stubbornness, lack of self-control, immaturity and miseducation. … But in these men I also see pain, regret, a capacity for kindness and self-reflection — and a desire to be seen now for what they are: flawed and very human.”

Shortly after the editorial was published, Ms. Castillo was summarily dismissed from her community volunteer position at Central Prison. However, her resolve to tell the death row inmates’ stories to the public never diminished, and she decided to take her journal writing project to the next level. The end result was the book, “Crimson Letters: Voices from Death Row.”

The book is basically a collection of 30 autobiographical essays by four Central Prison death row inmates: Michael J. Braxton, Lyle May, Terry Robinson and George Wilkerson. The common thread with their essays is that they don’t primarily focus on the crimes that brought them to death row, but the circumstances that brought them there, not to mention the distasteful conditions of doing time behind bars, and how the prison system is determined to break their spirit before their ultimate punishment is carried out.

If the goal of this book is to establish a sense of empathy to the reader towards these four essayists, then it has been accomplished many times over. Their accounts are not only nerve-shattering, but also quite disturbing to how far a human being’s threshold can be stretched to the limit within the concept of crime and punishment.

Case in point, George Wilkerson’s story. The product of a father who dished out violent beatings to his children and a Korean-born mother who was more vindictive than caring in nature, Wilkerson, who was charged with two murders, was hoping to be sent from segregation to Safekeeping, a place within the North Carolina prison system where high profile or troublesome prisoners were sent to await their trials to begin, and offered amenities that one would never find in a maximum security facility. When he found out from a guard that his request was about to be refused, Wilkerson took the blades out of a disposable razor and tried to commit suicide by slashing himself all over his body (that passage is definitely to for the squeamish). He eventually got his transfer request granted for Safekeeping, but not before spending time in Central Prison’s psychiatric ward.

I also found the inmates’ writing styles quite intelligent and allegorical in tone, especially when they described how prison conditions tried to drain their souls and their emotional well-being. For example, Michael J. Braxton’s description of what an extended stay in solitary confinement affected him: “Many nights I lay on my bunk wanting nothing more than to bring this madness to an end. My soul was weary. The weight of the armour I wore to protect that frightened and sad little boy had crushed him. The weight was now too heavy to bear.”

Crimson Letters is a book that not only gives a human side to those who face the spectre of capital punishment while biding their time on death row, but also serves as a searing indictment to a prison system that offers nothing but a one-way ticket to hell and desperation. Yes, let the punishment fit the crime, but thanks to books like Crimson Letters, we can understand why people commit the crimes that lead to their punishment.